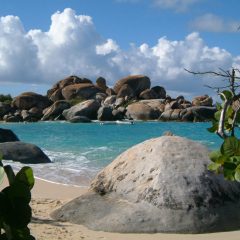 When it comes to Virgin Gorda in the British Virgin Islands, there’s nothing I can say in this article that hasn’t been stated more eloquently somewhere else. Home to the ever popular Baths, Gorda Peak National Park and its incomparable views of the Caribbean, Leverick Bay Marina and its annual poker run, Saba Rock’s perch in the breathtaking North Sound and my ultimate dream destination, Bitter End Yacht Club, Virgin Gorda offers a... 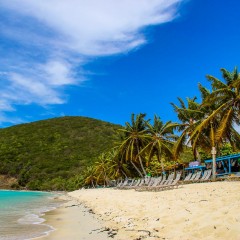 Another week and another “best of” beach bar list is released. The latest is from Pub Club and covers the best beach bars in the British Virgin Islands. It’s practically impossible to create a best of beach bar list for the British Virgin Islands without taking a fair amount of grief so I’ll leave the dart throwing up to others. It’s a pretty comprehensive list as they make stops on Jost Van Dyke, Norman... 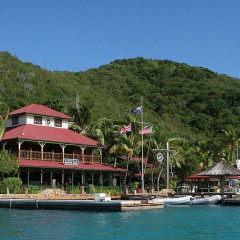 The Bitter End Yacht Club, on the far east end of Virgin Gorda in the British Virgin Islands, announced that the Watermark Bar, its first beach bar, was set to open on October 13th. The new Watermark gives visitors to Bitter End another choice for enjoying drinks in addition to its famous Clubhouse Bar and the Crawl Pub, both offering daily happy hours. Credit: anoldent via Creative Commons license. As of yesterday, only the thatching...