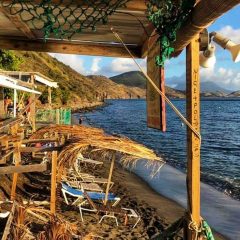 One of the first beach bars I can still vividly remember visiting for the first time is Shipwreck Beach Bar on South Friars Bay in St. Kitts. It’s one of the first beach bars I fell in love with and where my search began for the green flash. I can still remember sitting on the beach and waiting for the sun to set with Shipwreck’s appropriately titled Green Flash cocktail. Not seeing the green flash that night was a disappointment … as... 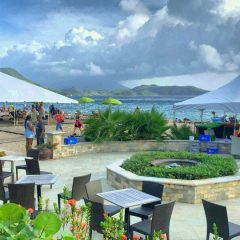 When it comes to the beach bars on South Friars Bay in St. Kitts, there is one beach bar that stands out for its sheer magnificence – Carambola Beach Club. With most of the beach bars on this popular stretch of beach leaning towards the “shack” type on the beach bar spectrum, Carambola, just as it has on the beach, has claimed the opposite side. With concrete, stone and modern amenities abounding, the owners of Carambola set their... 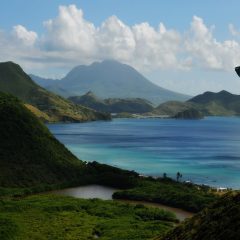 Beach Thursday Pic of the Week – A Farewell to Friars

The unavoidable end of South Friars Bay in St. Kitts as we currently know it passed another milestone yesterday as the deadline for the beach bars on that stretch of beach to move on passed by. While some may slowly make their exits and postpone the inevitable for as long as they can, one thing is for certain – this pristine view will not be around for much longer. It’s a sad occasion, as this vantage point from the top of Timothy...

WINN FM out of St. Kitts this week posted an article that provided an update on the status of the beach bars located on the beach at South Friars Bay, a longtime popular beach located on the island’s southeast peninsula. The owners of the beach bars, which had previously been told to move on by the end of this month, have apparently reached a compromise with the government and other landowners. According to the article, a deal...

Online Petition Started to Save Beach and Bars on South Friars Bay in St. Kitts

Since the announcement that the owners of beach bars on South Friars Bay in St. Kitts were told that they had to be out by the end of February, reaction has been strong. Many people I’ve spoken with oppose the move, seeing it as big money pushing its way into the natural habitat and classic island vibe that this area currently represents. One person, Chuck Rothy, has decided to do something about it and crated an online petition...