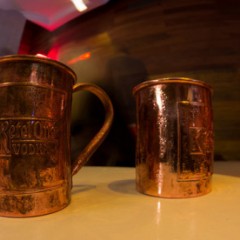 I don’t know what I like most about Moscow Mules – the taste or drinking it out of a copper mug because let’s face it, you can look pretty cool doing that. Either way, I purchased two copper mugs from Amazon and they will be here Friday, just in time for me to get my Moscow Mule on this weekend. I predict that I will be counting to 20 in Russian by the end of the weekend. Moscow Mule Recipe Squeeze lime juice into...

Most recipes for the Old Fashioned cocktail contain bourbon or whiskey but when you run a beach bar blog and have been on a rum kick for a month, it seems more fitting to substitute some Damoiseau V.S.O.P. Rhum Vieux Agricole, add “Cre” to the name (those marketing folks at Damoiseau are clever) to hearken back to your French/Creole influence and get on with your drinking. The Cre Old Fashioned is a simple drink to make which is one...

I’m a big fan of champagne, especially when I can drink it. The Air Mail cocktail, featuring Damoiseau V.S.O.P. Rhum Vieux Agricole, manages to integrate an ounce of Brut champagne into its recipe. Since the drink is topped with the chilled champagne, don’t be late for this flight – it may take off early. Air Mail Recipe 2 oz. Damoiseau V.S.O.P. Rhum Vieux Agricole 1 oz. Sirop de Canne 3/4 oz. fresh lime juice 1 oz. chilled Brut...

Thirsty Thursday – The Hemingway, It’s Not Just An Author

We know about the books Ernest Hemingway wrote, his travels and his connection to Key West and the Caribbean but did you know there is a drink named after him?  The aptly named Hemingway, a descendant of the El Papa Dobles he used to drink in Havana at El Floridita, is a daquiri made from white rum.  How did the recipe for the Hemingway come about?  According to liquor.com, Hemingway “had stopped into Havana’s El Floridita bar,... 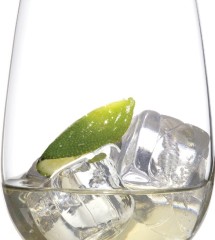 As much as rum punch is synonymous with the Caribbean, ‘ti punch reigns supreme in the French-speaking islands of this region as the punch of choice and may be the most significant contribution the French have made to the Caribbean. French cuisine may rank higher with “foodies” but after a couple ‘ti punches (which are normally served as a pre-dinner drink), typical French fare may be the last thing on your mind. Don’t trust me?...