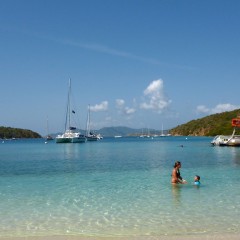 Norman Island, home to Pirates Bight, the popular British Virgin Islands restaurant and beach bar, announced on its Facebook page this weekend that it was officially reopened. Including a full menu of appetizers, salads and entrees, the popular spot in the BVI is also offering a complimentary Pirates Irma Punch to everyone. The update goes on to state that “The BVI community has been through a lot over the past couple months and the...

There’s a new beach bar on Norman Island, located in the British Virgin Islands, and its very existence is a result of an unfortunate tragedy just over a year ago. As many of you may already know, Pirate’s Bight burned down in October of 2013 just as it was getting ready to open for the new season. According to News of St. John, a temporary structure was quickly put up while the main building was rebuilt. Once the new Pirate’s Bight... 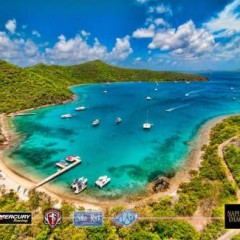 Do you ever have one of those days when you just can’t come up with anything to write about? I have plenty of articles that are at varying degrees of being finished but I just couldn’t find it within myself to finish them. I tried to come up with something new but I just wasn’t feeling it so you’re left with another “Photo of the Day” posting. You’ll have to forgive my laziness. I’ll... 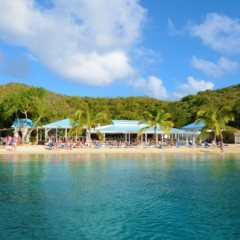 A fire this morning at Pirates Bight on Norman Island in the British Virgin Islands has destroyed this popular restaurant as it was getting ready to reopen for the season. More info can be found at the following links: http://www.bviplatinum.com/news.php?module=news&page=Article&articleID=1380646138 http://www.sailnet.com/forums/general-discussion-sailing-related/104305-bvi-norman-island-pirates-restaurant-burning.html...