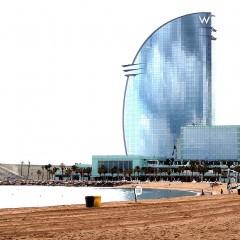 Another Thing To Love About Beach Bars – Free Beer

There are a lot of things to love about beach bars such as the view, the atmosphere, the whole drinking on the beach thing, meeting new friends and hearing new stories and so on and so forth. Add free beer to the list as a beach bar located outside of Barcelona, where they’re also known as “chiringuitos,” is now offering beer at no charge to its patrons. The catch (because you know there is one) – you have to clean up a jar full of... 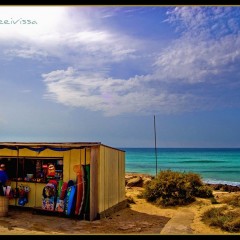 Spain and the Chiringuito

While we (people in North and Central America) refer to our favorite beachfront watering holes as beach bars, in Spain and other Spanish speaking countries they are called “chiringuitos”. Wikipedia describes a chiringuito as “a small enterprise, usually a bar, selling mainly drinks and tapas, sometimes meals in a more or less provisional building, often on a beach or loose surface where a more permanent structure may be inviable.”... 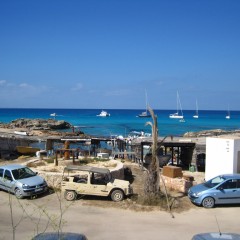 Does the hustle and bustle of Ibiza become too much after a while?  If so, Formentera might be the island respite your bass bashed eardrums need.  Part of the Balearic Islands off of Spain, Formenera is basically what Ibiza was before all the nightclubs took over the shoreline.  Conde Nast Traveler has this to say about it: “A 30-minute ferry ride from Ibiza, this 12-mile-long slip of an island is the under-the-radar Balearic:...