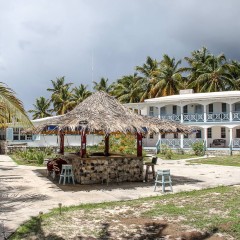 Neptune’s Treasure, a hotel located on Anegada in the British Virgin Islands, and its perfectly placed beach bar are for sale. Previously featured on this blog (see linked article in previous sentence), Neptune’s Treasure is currently a family-run resort. With nine rental/hotel units, two separate apartments for rent, two private residences for owners plus a yet-to-be renovated building that could house two more...

What can I say about the beach bars of White Bay that hasn’t been stated before? Located on Jost Van Dyke in the British Virgin Islands, White Bay is home to some of the world’s most popular beach bars. From the Soggy Dollar Bar to Seddy’s One Love, this white sand lined bay with two beaches is a beach bar bum’s nirvana, one that is hard to top in this neck of the woods or anywhere else for that matter. The...

One region that has been on the minds of beach bar bums worldwide is the condition of Jost Van Dyke in the British Virgin Islands post-Irma. Evidenced by the popularity of this short video of the Soggy Dollar Bar on White Bay, the readers of this blog have stated unequivocally that they are thirsting for more information on one of their favorite destinations, almost as much as they thirst for a rum punch on its shores. Currently at...

Finding updates on beach bars in the Caribbean, especially countries such as the British Virgin Islands, is getting easier the further we move away from the 2017 hurricane season. While updates in the immediate aftermath of Irma and Maria were pretty consistent, they started to die off as the focus became rebuilding. Now that many of the beach bars devastated by that hurricane season have reopened, videos such as the above one are a... 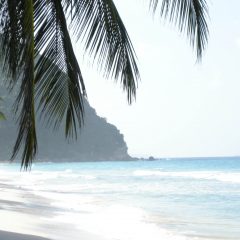 This week’s beach pic of the week, taken on Long Bay on the island of Tortola in the British Virgin Islands, is an exquisite representation of what many of us love about the Caribbean. With unspoiled beaches, palms guarding the shore and the ocean your only soundtrack, it’s an escape from the real world and its hectic requirements. Your inner Robinson Crusoe it allowed to sneak out, if only for a short time, and offer respite from...