The beaches of Vietnam don’t get enough credit, most likely due to the black and white images Westerners have seared into their consciousness of the war that happened half a century ago. With over 2000 miles of coastline (excluding islands), however, my birth country has plenty of beaches to spare, many of them as picturesque as you’ll find anywhere in the world. I’ve had the pleasure of visiting the country twice since we left before... 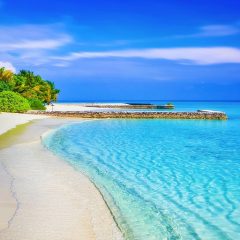 Seven Images of Tropical Beaches to Warm Up Your Winter

A website I utilize frequently for images is Pixabay, a virtual treasure trove for license-free images to use in whatever manner you choose. One of the profiles that has quickly nestled itself among my favorites is “Walkerssk,” a website out of Slovakia. I don’t know if their members have taken all of the photographs themselves or they’ve just become a repository for great images but they’ve become a go...

I came across this image of what I assume is a beach in Negril, Jamaica, and at first, I wasn’t sure where it was taken. The photographer that had shared the image online didn’t identify the exact location, only noting that it was taken in Jamaica. Closer examination of the picture, however, revealed “Mike Glass Bottom Boat” written on the side of the yellow boat sitting in the shallows. After a quick Google... 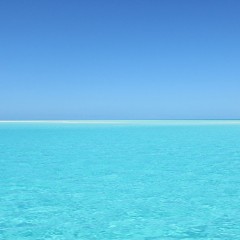 On a week where I had one of my most popular “beach pic of the day” posts on my Facebook page, I somehow managed to space posting the article. So while it’s not a dollar short, it is a day late … which is better late than never, right? As soon as I found this image, I knew it would be a popular one but with almost 350 likes, 50 shares and being seen by almost 8000 people, it really exceeded expectations. If you... 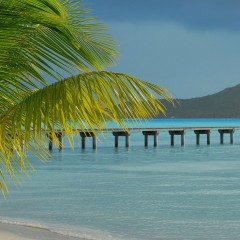 Bora Bora, a small South Pacific island in French Polynesia, is certainly no secret to worldwide travelers and those who love luxury beach destinations. Featuring properties such as the Four Season, St. Regis and Le Meridien and they’re overwater bungalows, Bora Bora is a honeymooners’ and luxe globetrotter’s dream come true. If you think a stay in this South Pacific paradise is only for those on honeymoons or their parent’s Black...