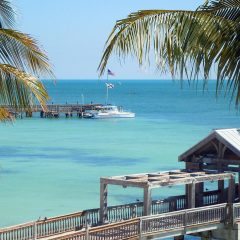 Typically when an image featured in my “beach pic of the day” post on my Facebook page gets well over 350 reactions, it’s a no-brainer that it’s going to be the most liked pic of the week. However, the picture below of the beach in front of The Reach Resort in Key West garnered over 100 more reactions as my readers’ infatuation with the Florida Keys continued to manifest itself in their response to this wildly popular image. Our last... 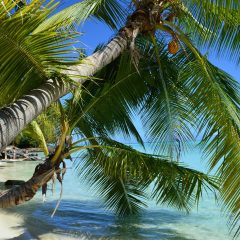 With palm fronds dipping themselves into the postcard-perfect waters of Bora Bora to quench an unseen thirst, a barely-hanging-on coconut dangling from a tree, a boat off to the side awaiting its next passengers and two women enjoying a scene we all wish were part of (what’s up with the four wheel vehicle thingy next to them?), this image from a beach in Bora Bora was the most liked “beach pic of the day” from my Facebook page.... 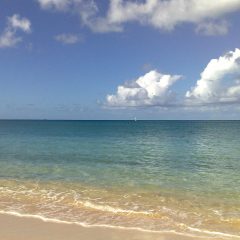 St. Lucia isn’t normally a destination I cover on the blog a lot which is a shame, given that it’s home to the Naked Fisherman, one of the best resort beach bars you’ll find anywhere. It has miles and miles of west facing beaches, almost all of them pushed to the brink of sinking into the sea by the lush hilly terrain behind them. And in just in case you didn’t know, it does have these two mountains called the “Pitons” that you may... 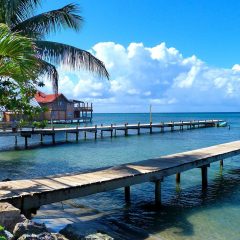 It’s a rare week when an image of the Maldives isn’t the most liked “beach pic of the day” post on my Facebook page and this just so happens to be one of those weeks. In a contest that wasn’t even that close, this picture of West End on the island of Roatan in Honduras was the most popular image, garnering almost 200 “likes.” Maybe it was the thought of enjoying dinner and drinks over the Caribbean from the restaurant located at the... 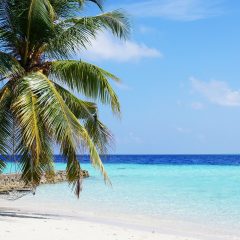 Beach Thursday Pic of the Week – Those Maldives Beaches

In what should come as no surprise, the image below of a beach in the Maldives was the most liked “beach pic of the day” on my Facebook page. Continuing to tease and tempt from afar, the unbelievable white sand and blue water typically casts a spell over anyone who sees an image of it so I can only imagine the effect it would have in person. If I can ever tear myself away from the islands of the Caribbean, I hope to find...