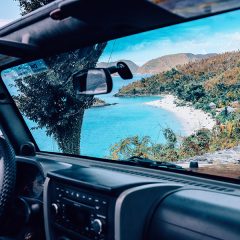 When it comes to beaches, there are few that can top Trunk Bay, located on St. John in the US Virgin Islands (it even has its own beach bar!). Prior to Hurricane Irma, palm trees lined this beach like very few others I’ve been to, offering a barrier between the beach bums that took shelter there and the real world. The water, as it is elsewhere in the Caribbean, was marvelously blue and the sand as soft and white as you would expect... 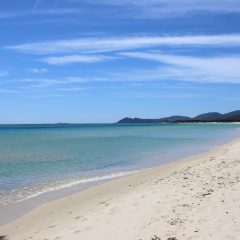 If you asked most people you know to tell you where Sardinia was, the vast majority of them would have no idea. They might recognize images of the colorful buildings that dot its landscape but put a map in front of them and they’d be bewildered as a deer in headlights. For the uninitiated, it’s in the Mediterranean. In fact, it’s the second largest island in the sea. Part of Italy, Sardinia may not be well known to... 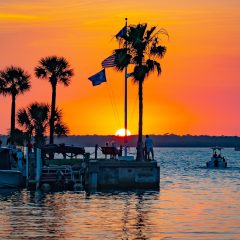 There’s just something about a Florida sunset over that water that makes it hard to resist. This week’s image, taken in Dunedin, is further proof of that. The palm trees form the perfect silhouette, boaters meander through the calm water and as the sun dips below the horizon for another day, people take time out of their busy lives to appreciate the moment. That’s one of the most significant wonders of a sunset... 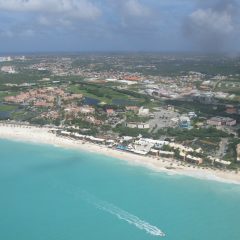 One of my favorite resorts I’ve stayed at is the Tamarijn Aruba. An all-inclusive resort located on Druif Beach just northwest of Oranjestad and the cruise ship port, the Tamarijn consists of all beachfront rooms and one of the best resort beach bars you’ll find anywhere – the Bunker Bar. Located just outside the frame of this picture, I spent many hours perched on one of its colorful stools, watching cruise ships and sunsets pass by... 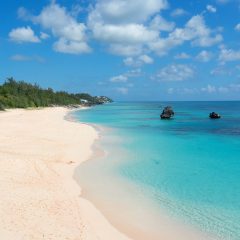 Whether or not Bermuda and is beaches can be considered part of the Caribbean is a subject that comes up quite often in discussions. While it’s clear that geographically, it’s outside the region generally considered to be the Caribbean, there’s no doubt that it shares many of the characteristics of its cousins to the southwest. Chief among those is its beaches. Known the world over for its pretty in pink sand and clear blue water...