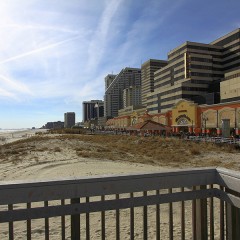 An Introduction to Three of Atlantic City’s Beach Bars

While Atlantic City is known mostly for its casinos, it doesn’t run short on beach bars. We’re not just talking beach-style bars on the boardwalk, either. These beach bars are actually on the beach, a rarity in most US cities of this size whose beachfront areas are typically reserved for sunbathers and high rises. The three Atlantic City Beach Bars featured in this video from Meet AC are Bungalow Beach Bar, Bally’s...

You won’t find a lot of beach bars not attached to casinos in Atlantic City. In fact, as of last week, there was just one, Bungalow Beach Bar. Now there are two, thanks to the opening this past week of The Chelsea Beach Bar located at, you guessed it, The Chelsea. According to the article, Domenico Gaggiano, who has run Celebrity Corner located on the ground floor of the Ocean Club condo towers, opened the new beach bar after going... 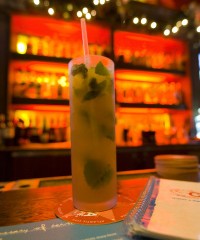 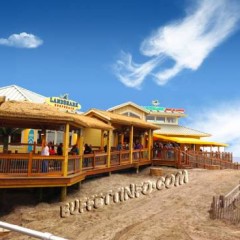 When most people think of Atlantic City, the first things that come to mind are usually the casinos and the boardwalk.  One aspect of life of life in this coastal bastion that is often overlooked by outsiders is its beach bars.  While the toll from Hurricane Sandy forced Sammy Hagar into not being able to rebuild Sammy’s Beach Bar and Grill at Bally’s, many others reopened and this summer has been a boon for the beach bar business in...