I’ve been to Lido Key Beach, located in Sarasota, Florida, so I can confirm when guest author James Greer calls it “Paradise,” that’s not hyperbole. Of course, I’ve never been driven there by an Uber driver who spent time in the Galapagos but that’s just a small part of what makes Jim’s story so memorable. To Jim’s youngest daughter – I hope you enjoy this story as much as we did and read it dozens of times a day. You know … because page views matter. Not as much as margs on the beach, though.

It’s said that every beach adventure begins in an Uber, the driver having a story to tell…

Okay, maybe I just made that up. But, here at Lido Key Beach (Sarasota, Florida) it seems that way. Although a mistaken GPS locate confused things, Guillermo, from Miami, via (apparently) the entire world, eventually found me. There we were, over hill and dale… Well, there aren’t many hills but the causeway from the mainland to Lido Key had a great view.

Guillermo, it seems, comes from just about everywhere. He’d been a chef at United Airlines, a supervisory chef at that. United sent him all over the world teaching the cheffing business to a variety of airline cooks. He’d taught in the Galapagos Islands, for goodness sake. He’d settled in Miami, and drove an Uber on the Gulf Coast when he was visiting his daughter, who lives here. He dropped me off at an alley in southern Lido Beach, by one of the high-end resorts. 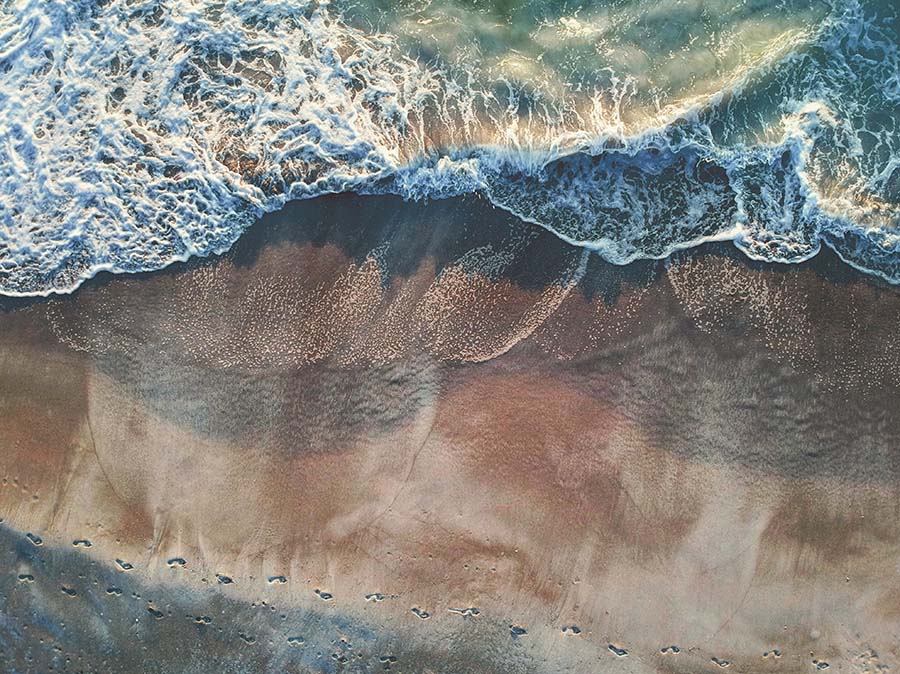 Paradise. The long stretch of white sand, the clear blue sky. Beach bodies. It was time to work up an appetite and do something this Mile High resident does far too rarely.
The sand was soft and clean. Down where the Gulf ambled ashore – who wouldn’t want the surf tickling their toes – the footing was firm, the water warm. A gentle breeze blew inland, softening beautifully the mid-80s weather, with mid-eighties humidity.

It is a Sunday in October, the sky unremittingly blue and severely clear. I’m not sure how long I walked the beach… Huh, I’m firmly on Eastern Beach Time. Nothing passes faster, or seems to feel more unhurried, than time with the sand underfoot, not-a-cloud above, the murmur of the waves. Saltwater on the toes.

The main obstacle to unimpeded progress seemed to be kids. One young man of about seven or eight threw sand from a plastic shovel over his shoulder in great gooey globs, digging a trench for the sea to fill. Adolescents chased balls, threw frisbees, actually anything that could be projected. Toddlers fixated on the water, bursting toward it with unrestrained glee. Parents called out apologies as I side-stepped their kids, but I waved them away with a smile. I was among friends, kindred souls.

Eventually, it was time for lunch, and a restorative, to ward off dehydration (don’t judge). There were no real bars on the beach, so I popped over a block or two, venturing into the Surf Shack. “Just a spot at the bar,” I told the greeter. In seconds, I was looking at the drink menu. 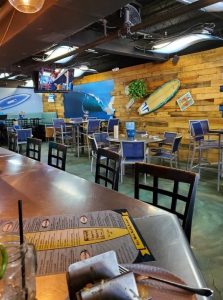 It was what was to be expected, except – the whole left side of the menu was taken up with the array of margarita choices. By the glass or the pitcher, variations on the central theme – blue agave tequila, something to make it sweet, something to make it tart. There were other things, too, rum drinks especially. But, when your youngest daughter expects to read Dad’s Beach Bar Bums contribution about margs and the beach, you stick with what you know.

I got the Ultimate. It was decadent. El Jimador Sliver, Bauchant Orange liqueur, some orange juice and agave nectar. The OJ is an especially deft addition, being the marg connoisseur’s beach variation on the Grandma standard, served in a substantial preserves jar. It went down smooth. Yeah, I know. That’s not an adverb. This is the Gulf Coast of Florida. Get over it.
The Surf Shack is an open-air taco joint, so why not sample the featured fare. I had (soft shell) – a poke tuna, a lobster (oh, my goodness) and a “Bangin’ Shrimp,” the last being the barkeep’s favorite. He didn’t steer the old man wrong. They were outstanding. They didn’t last very long.

There was a gentle, well-mannered lunch crowd, building as the afternoon progressed. TVs scattered about broadcast the latest NFL fare, which didn’t seem to attract much attention. The steady stream of beach bar lovers cycling through (in addition to the to-go traffic) kept the wait staff hopping. My bartender was quick to offer a menu, a libation and a kind word. He moved along with the admirable efficiency of a seasoned vet – lingering, but getting to the other customers, too. It was a relaxed atmosphere, perfect to enjoy lunch, a couple of drinks and a bit of the hassle-free Gulf Key Life.

A couple and their kids happened through, making their way to the bar. Dad ordered a couple of tacos to sample. A discriminating father, wearing a t-shirt identified to a piano bar in Texas, seeing if the food was worthy of his son and daughter, seated expectantly nearby. “These are awesome,” he explained, taking a seat and ordering a beer. One bite and he was sold. They moved back to the kids, satisfied they had come to the right place.

It was time for me to go. Lido Key. I still have your sand on my Tevas.