As any beach bar bum worth their weight in salt will tell you (we can be quite salty in more ways than one), enjoying a few drinks with a view is pretty much the best way to spend an afternoon at your favorite beach bar. Case in point – this image from Adina Adi.

Taken at Jack’s Shack, a beach bar located on Grand Turk in Turks and Caicos, the image shows our tireless beach bar bum taking a pause from her beach bar “research” to focus on her brews “research.” As we always preach (or at least mentioned a few times) – travel global but drink local. Adina takes the advice to heart, enjoying a couple I-ain-ga-lie lagers which are produced locally by Turk’s Head Brewery. It’s a tough life but someone has to step up to the challenge. 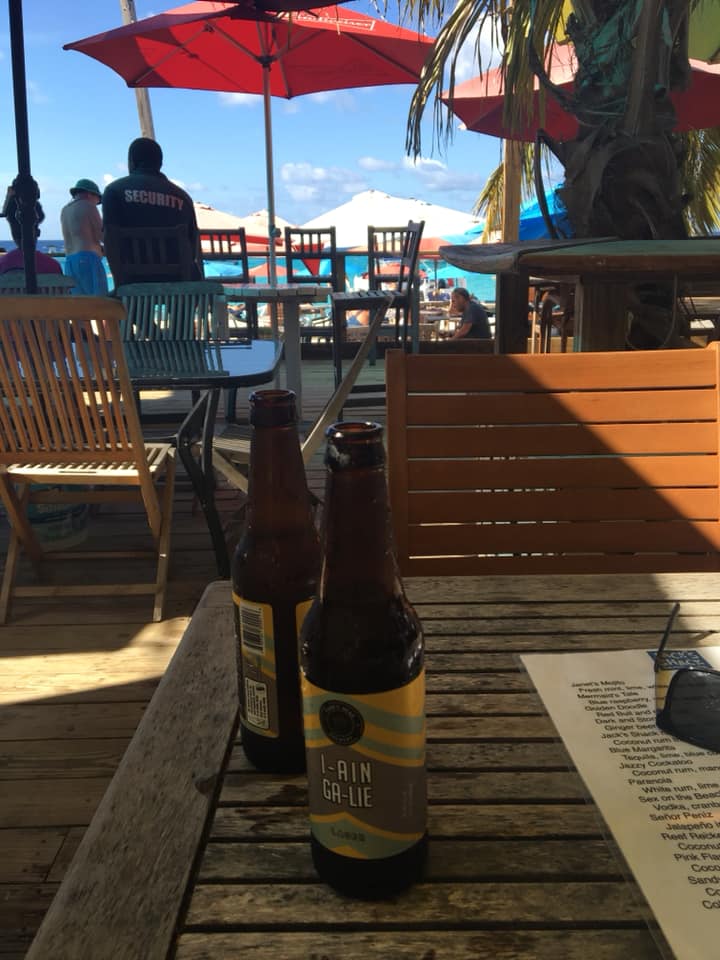 About the Beach Bar
“Jack’s Shack is the culmination of Jack’s career in waterfront construction around the world. Jack’s last marine construction project was the Grand Turk Cruise port. He met Janet and stayed on island – the rest is history.

The fantasy of a mojito hut on the beach came to reality when he teamed up a local diving company to build a new dive shop along the best beach in Grand Turk within walking distance of the new cruise terminal. Setting up the tiki hut on a spacious deck, he was instantly ready to serve cold drinks in a relaxing atmosphere.

Janet, a relocated Canadian nurse, brought the crowds with her lavish pours and great personality. Together they enjoy sharing their island stories with the cruise ship passengers willing to venture out along the sandy beach to experience paradise. Janet’s daughter Erin joined the duo as head bartender, introducing inventive shots and drink combinations. Jack and Janet found their slice of paradise and want all of you to enjoy it as well!”

Find out more about Jack’s Shack.

Have you been to this beach bar? If so, let us know what you thought about it in the comments!