One would think that more beaches from the United States would have appeared in our weekly “Beach Thursday Pic of the Week” posts. It’s not for lack of trying. We all know it has plenty of coastline with beaches lining the Atlantic, the Pacific and the Gulf of Mexico. Plus, the vast majority of the people who follow my Facebook page reside in the States. Still, it’s an exception, rather than the rule, when a beach located in the USA makes an appearance.

Boca Grande, Florida is going to change that. At least for this week.

Known more for its beaches than any other state in the Union outside of Hawaii, Florida is America’s answer to the Caribbean. It’s where palm trees grow tall, white sand blankets the shore and the Keys are an island escape without having to hop on a boat or plane. It’s also home to Boca Grande, itself located on an island by the name of Gasparilla on Florida’s Gulf shore. That’s where you’ll find yourself if you’re standing in this picture instead of staring at it – the Port Boca Grande Lighthouse and Museum, just in case you needed to Google it.

It’s Boca Grande, Gasparilla Island and the good ol’ US of A for the win this week and we’re going to enjoy it while we can. Fame is fleeting, my friends. 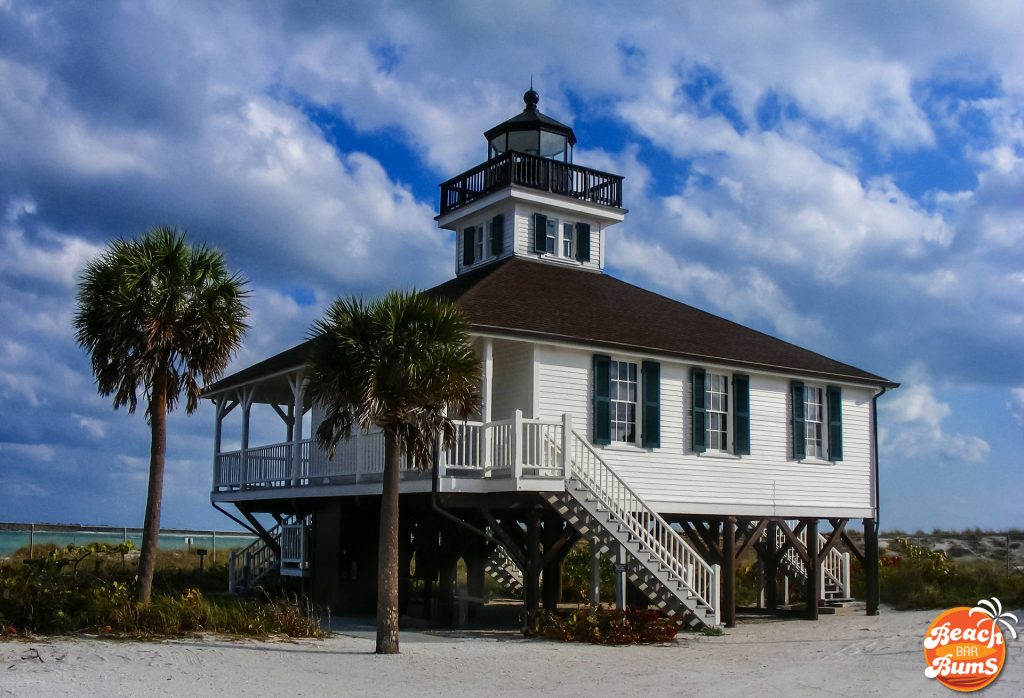 To download the high resolution version of the image above, head on over to the Wallpapers page and be sure to check out the Facebook page for our “Beach pics of the day” posts. Vote for your favorite by “liking” the photo and each week, we’ll post the winning image and a high resolution image of it for your viewing and downloading pleasure … but it will only be available for one week.

Do you have a picture of a beach you’d like to have featured? If so, send me an email at info (at) beachbarbums (dot) com and I’ll see what we can do.