Thanks for the Memories – The Beach Bar at the Island Beachcomber Hotel, St. Thomas

Home » Beach Bars » Thanks for the Memories – The Beach Bar at the Island Beachcomber Hotel, St. Thomas

I don’t know that the Island Beachcomber’s beach bar actually ever had a name. Located on Lindbergh Bay on St. Thomas in the US Virgin Islands, the beach bar at this well-worn but respectable resort became one of our favorite spots on the island. About a 5-10 minute walk from the airport, it also served a function as the island’s unofficial greeter, a favorite place for locals to take their guests when they first arrived on the island.

Staying at the other end of the beach at the Emerald Beach Resort, the beach bar at the Island Beachcomber was a short walk away for our family. Perched on the immaculate beach with the resort’s Old Florida style and island greenery providing the backdrop, the beach bar looked like it would be more at home in the Florida Keys than in the Caribbean and maybe that’s what the appeal was. 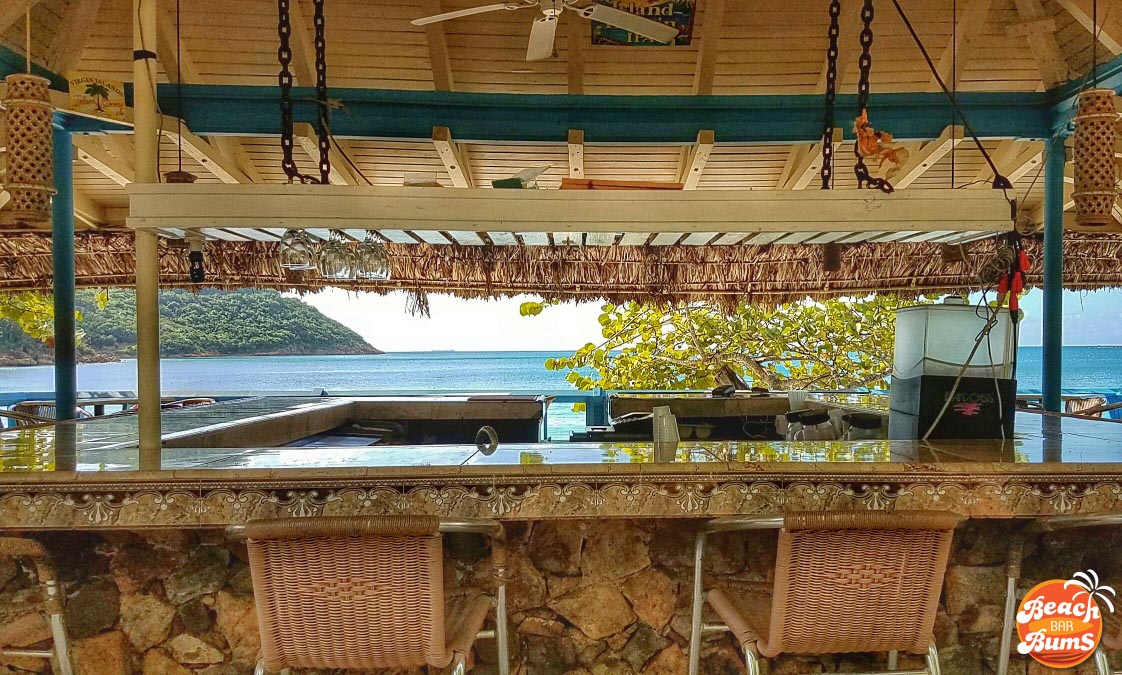 It exuded a certain kind of Keys charm, one that can only be felt by someone who has spent time on those islands. Eschewing the bright colors normally found splashed on beach bars in the Caribbean, the Island Beachcomber’s beach bar instead relied on blue and cream hues to put its customers at ease. The beach bar’s extensive use of wood, stone and marble added to its natural appeal. While it exuded the feeling that it could withstand a hurricane, it didn’t let its seemingly formidable walls stand in the way of making your cares, and the larger world with it, disappear.

It was never busy, at least during the daytime, and that was another part of its allure. The bartender was nice – not a native of the islands based on her accent – and the drinks were cheap. It was never loud, never crowded and always offered a warm welcoming. Everything you loved about a beach bar could be found between its wooden plank roof and tiled floors. 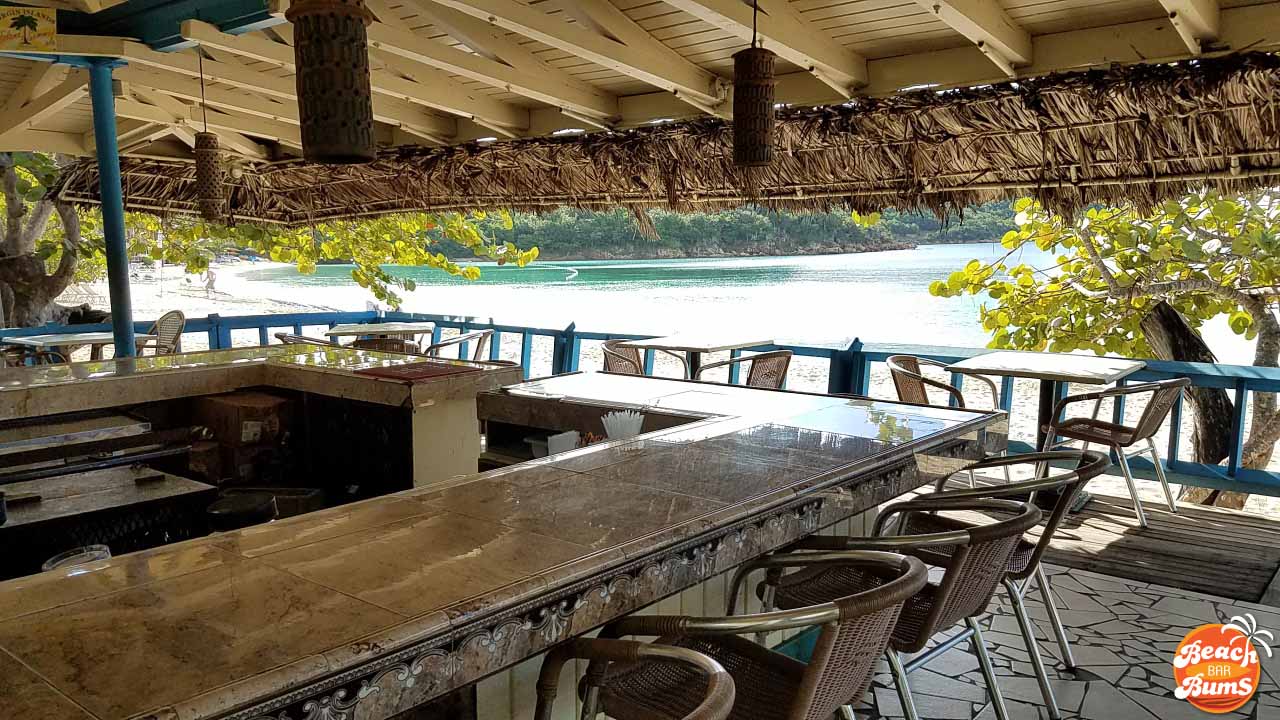 I’ve often written that my beach bar will have nothing but sand for flooring and if wooden planks were allowed, they would be covered in sand trampled in from the beach. This beach bar didn’t have either – well, it did have the sand but it was deposited on top of and between the tiles that comprised its floor by the motley crew of characters that found themselves at some point in the day cozying up to its bar top.

Alas, due to the dual effects of nature and man, the beach bar may have seen its last days. I don’t know what its current condition is but the Island Beachcomber, once St. Thomas’s oldest beachfront resort, closed its doors earlier this year and as a consequence, presumably the virtual doors of its beach bar. 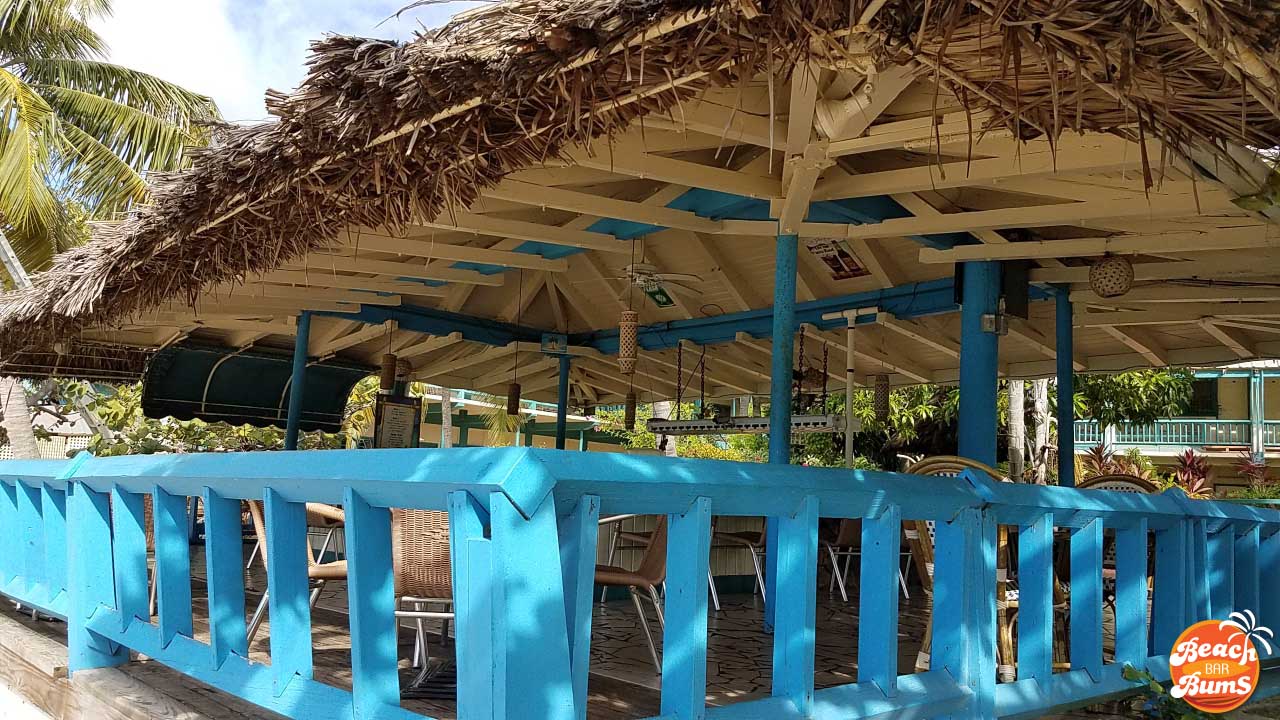 I hope someone does something with it. A beach bar that I would describe as the ‘alluring grand dame of St. Thomas beach bars” deserves to live on. It would be a shame to see it simply waste away. While our stay at the Emerald Beach Resort left us with many great memories (especially at its beach bar), we found a level of comfort with the ol’ beach bar down the way. Saying good bye forever just wouldn’t seem right.

Do you have fond memories of the Island Beachcomber and/or its beach bar? If so, let us know in the comments. We’d love to read about them! 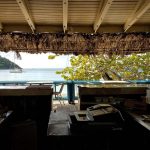 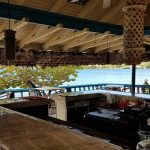 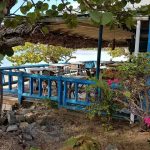