All You Need to Know About Moonsplash 2018 in Anguilla – Cancelled

The Moonsplash music festival, the annual springtime beachfront bacchanalia that takes place in Anguilla at Bankie Banx’s famed Dune Preserve beach bar, is scheduled to take place 2018 on March 10th and 11th. Condensed from its normal four day show, the festival originally had been planned for March 15-18. Then the 2017 hurricane season struck and much like the rest of the island, the future was put on hold as the “now” took center stage. 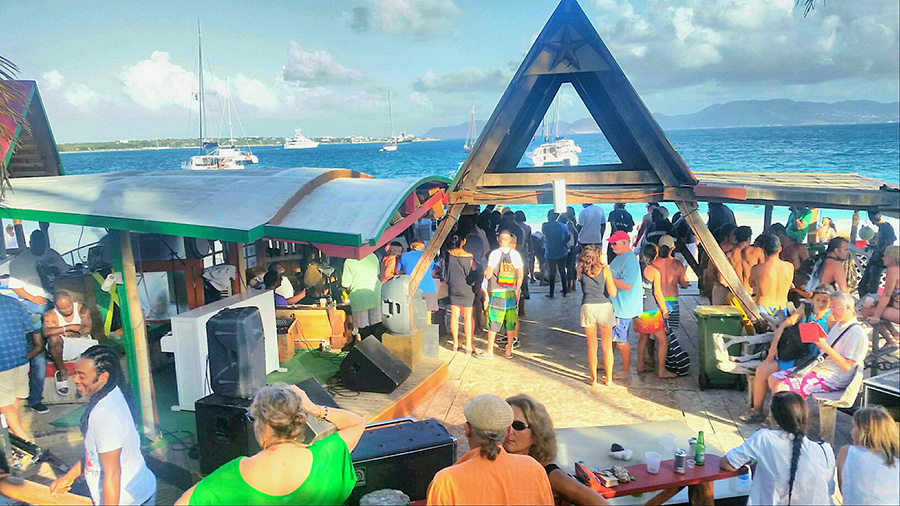 Anguilla has recovered quickly, however, and like the rest of the island, the group behind Moonsplash feel confident enough to start putting concrete plans into place for future events. Hence, the announcement that Moonsplash would still be taking place, albeit in a slightly altered, but most likely more intimate, setting. From the Dune Preserve personal Facebook page:

“NEW MOONSPLASH DATES!! Due to the rebuild schedule we’ve had to shift Moonsplash slightly forward to 10 & 11 of March 2018 … It won’t be the usual set up as main stage won’t be back up for a while… It will however be an amazing experience, we can promise you that 😎… Of course we apologise for any inconvenience caused.”

While I wasn’t around for the beginnings of Moonsplash (I was there for the 25th anniversary show), next year’s iteration might be a glimpse back in time before the music festival became the global phenomenon it is today. Sometimes, a hearken to the past isn’t a bad thing.

Much like my 2017 Moonsplash updates from last year, I will update this article as more news is announced.

If you’re heading to Anguilla and looking for things to do in between Moonsplash shows, we’ve got you covered.

UPDATE
The Dune Preserve has announced on their Facebook page (set up as a personal page) that Moonsplash 2018 has been cancelled. From the post:

“Sadly, we have to announce that Bankie has decided to cancel Moonsplash this year, for obvious reasons. Of course, we sincerely apologise for any inconvenience. We’ll be back in June for the Rendezvous Folk & Blues Fest and in 2019 with a Moonsplash that you’ll never forget!”