The world famous Soggy Dollar Bar, a beach bar located on Jost Van Dyke in the British Virgin Islands, recently announced on its Facebook page that it had officially reopened. Bound to be welcomed news by the thousands of its fans who swim to the shores of White Bay with their soggy dollars to laze away the day while sipping on a copious amount of the beach bar’s famous Painkiller cocktails in their ubiquitous white plastic cups, the Facebook post declared that “93 days after two Cat 5 hurricanes, the painkillers are flowing again … SOGGY DOLLAR BAR IS OFFICIALLY OPEN!” 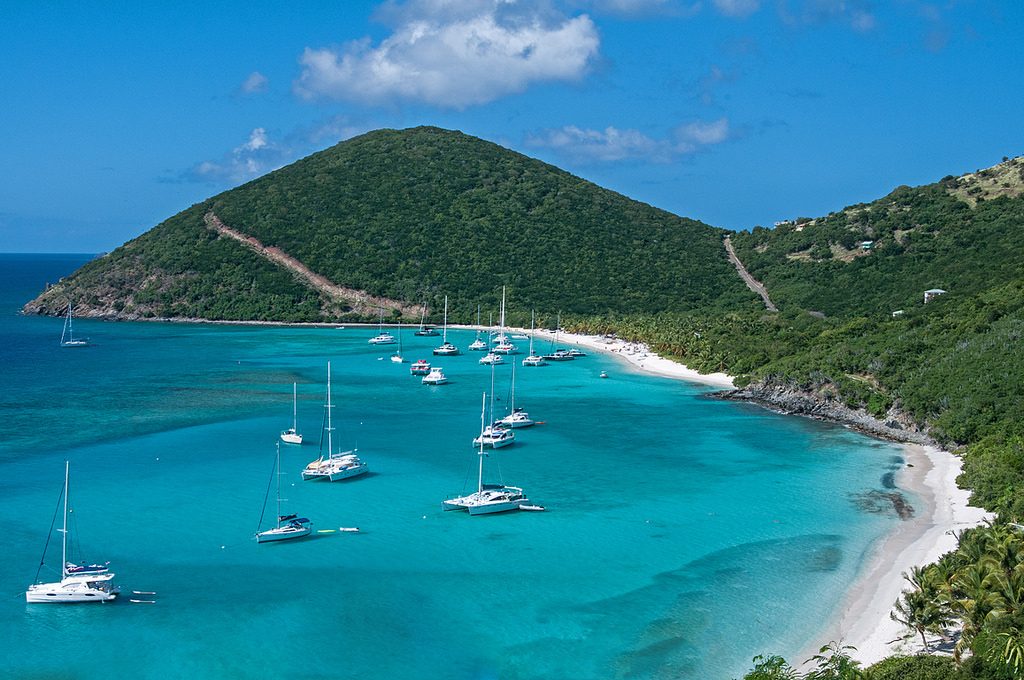 They went on to thank the “Soggy crew who worked tirelessly demolishing, clearing, & rebuilding … Merus, Lovie, Prophet, Terro, & Daniel … Cheers to you!” Judging by the pic shared in the post showing the Soggy Dollar shortly after the hurricanes and now, the Soggy crew did an amazing job. Cheers to them indeed.

While the bar has reopened, the kitchen and boutique remain closed with instructions to “stay tuned” which could be interpreted to indicate that those dates aren’t too far away.

At last check, the popular webcam, offering live streams of the beach at the Soggy Dollar, is still inoperable. Offering viewers a tropical rum escape from their screens, the return of the webcam couldn’t come soon enough, especially with the icy throes of winter upon many of us.

Find out more about the Soggy Dollar Bar and how you can help the island of Jost Van Dyke.