I’ve written about the Sunshine Shack, a beach bar located on Rendezvous Bay in Anguilla, many times on this blog. After visiting the island for the first time back in 2015, I named it the best beach bar in Anguilla. A lot of that has to do with its owner, Garvey Lake.

A lot of the Sunshine Shack’s appeal can be attributed to Garvey. Always sporting a smile as big as his biceps, his gregarious personality enveloping you like the white sands surrounding his beach bar, the Sunshine Shack thrived in the years since it opened. Even under the long shadow cast by the world renown Dune Preserve just down the beach, Garvey’s beach bar found its footing and quickly became a go to destination on the island. 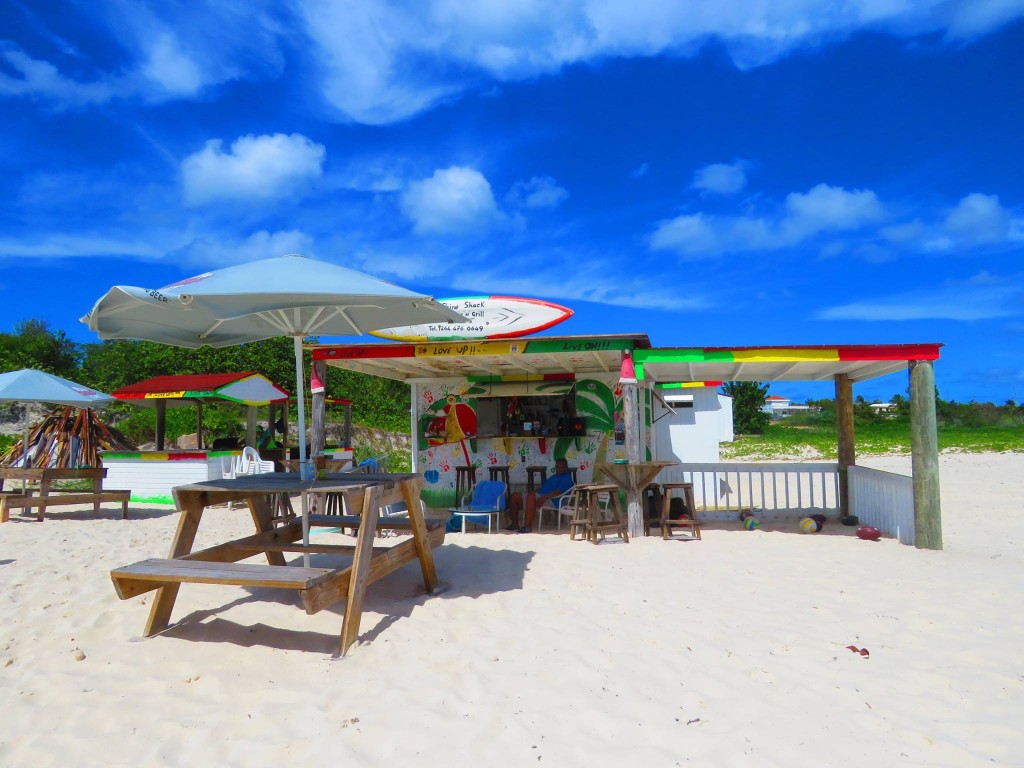 That’s why seeing video of Garvey touring the remnants of his beach bar after Hurricane Irma wiped it from the map was so profoundly unsettling. Representative of the rest of the people on the island, Irma had viciously stripped away any vestige of hope they had of surviving the storm intact, leaving many survivors in a state of shock and disbelief. Just as the many palm trees that still lined the beaches bowed but unbroken, though, Garvey and the rest of the island stood strong and got straight to the job of recovery at hand.

After consulting with Todd Hayward from Flip Flops & Palms, ideas were hatched to help in the recovery. While we can write and tell the story of the people of Anguilla and the rest of the islands devastated by the hurricanes until we’re blue in the face, putting funds directly into the hands of the people who needed it became our goal.

After coordinating with Jeanene Wilson, who manages Garvey’s social media and is a personal friend, we decided to start a fundraising campaign by selling limited edition t-shirts via Teespring. Featuring a logo designed by Todd and incorporating the Sunshine Shack logo along with the “Anguilla Strong” mantra, the campaign also includes tank tops, beach bags and coffee mugs. All of the money raised from the fundraiser will be delivered directly to Garvey to help in his rebuild of the Sunshine Shack. No GoFundMe charges, no administrative fees charged by myself, no design fees from Todd – 100% of the money raised will go straight to the person who needs it.

To access the fundraising campaign for Garvey’s Sunshine Shack, you can find it on Teespring here. The campaign ends this Monday, December 4th at 11 pm New York time so be sure and get over there soon to place your order!

We only collect the money if we sell 40 shirts so please spread the word to all of your friends.
Your credit card is only charged if the campaign meets its aforementioned goal of 40 shirts.
Once you place your order with Teespring, that constitutes a business transaction between yourself and them. Any issues you may encounter with the order will need to be resolved between yourself and Teespring.
For those of you outside of the US, international shipping is available.
For more on how Teespring works, you can visit their Help page.

Thank you in advance for your help and I look forward to meeting many of you at the new and improved Sunshine Shack sometime in the future!