If spending time in or near the water is your thing, a visit to the British Virgin Islands’ Saba Rock Resort should be in short order. Nestled squarely in the middle of the North sound channel separating Bitter End Yacht Club on Virgin Gorda from Prickly Pear Island, Saba Rock is a Water World fan’s dream come true, without the exorbitant production costs and minus Mr. Costner. 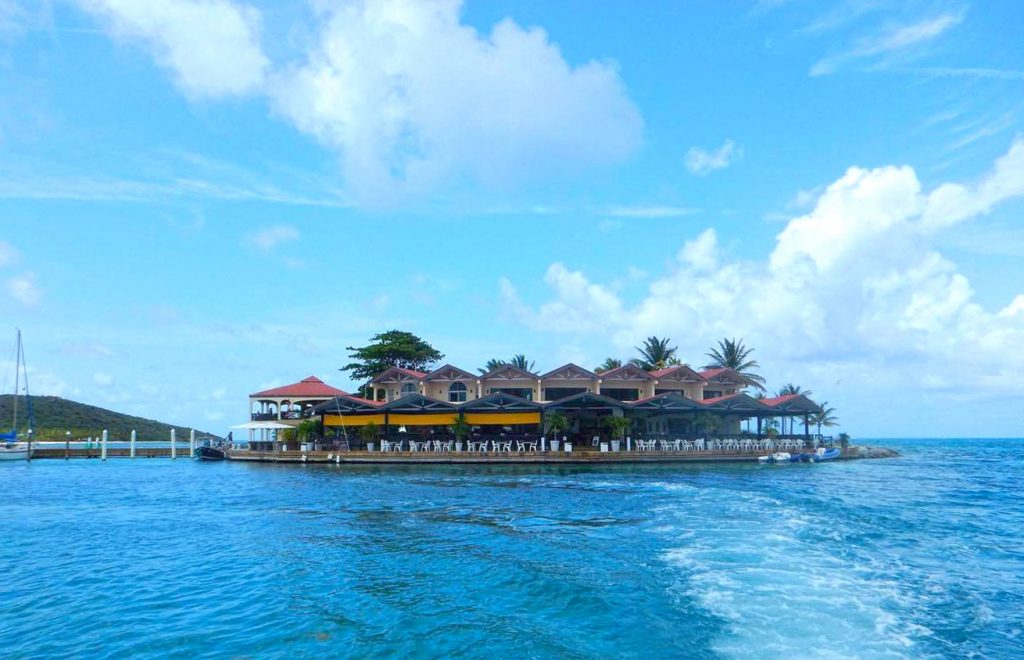 Beach bar bums Chad and Melanie Smith just returned from a trip to Saba Rock Resort and were kind enough to reach out to me with a couple pics from their recent visit. Chad and Melanie stated that the atmosphere, food and staff were all great while the gift shop was clean and reasonably priced considering the location. They also mentioned that the resort’s fish tank was a big hit with the kids as they were able to view eel, lion fish, crab and many other species. Highly recommended, of course, were the amazing views with a specific shout out for the lobster tacos. 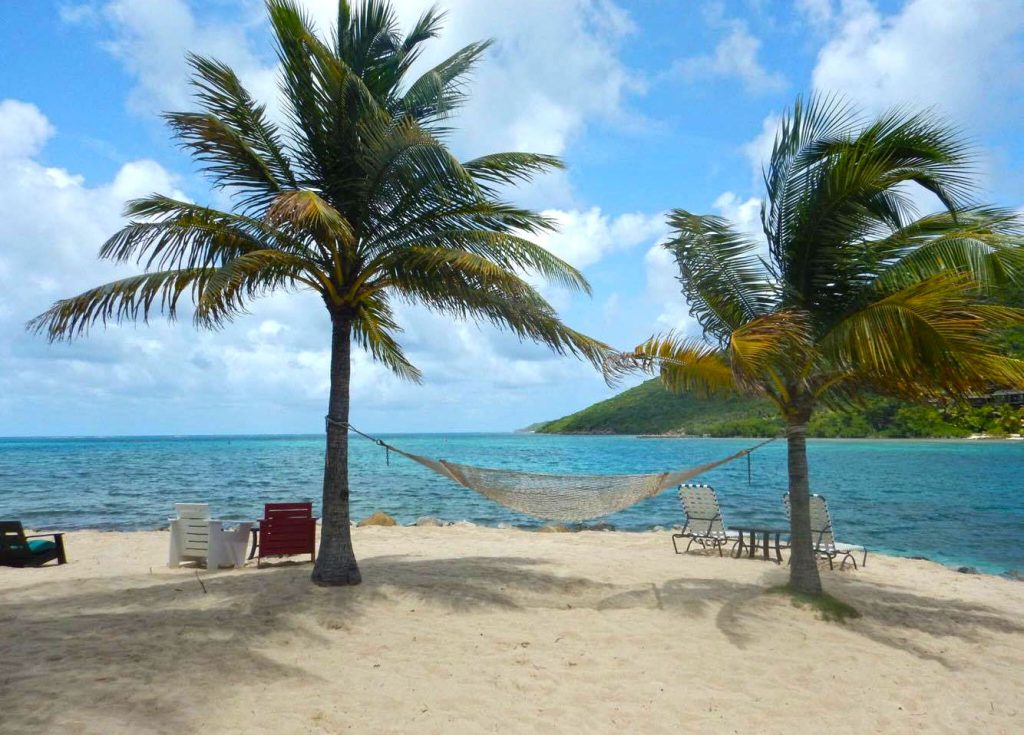 Let’s not forget the beach – Saba Rock Resort is on an island, after all, and despite its small size, the proprietors have managed to squeeze a small beach containing about 500 surface square feet of white sand that the area is known for. With towering palms overhead offering shade and hammocks swaying to the gentle trade winds blowing through the area, it’s the perfect spot to lime away the day.

For more on Saba Rock Resort, be sure and check out their Instagram page. They’re featured regularly in our weekly “Instagram Monday Weekly Worldwide Beach Bar Tour” articles and we are thankful for their participation.

“Saba Rock Resort, as it exists today, opened its doors for business in May 1999. The resort was designed by BVI architect Paul Wattley, who worked in conjunction with local craftsmen on the 2 year construction project. Prior to that, the island was owned for over 30 years by BVI diving legend and treasure hunter, Bert Kilbride. Bert was appointed the BVI Receiver of Wrecks by Queen Elizabeth II.

The North Sound plays host to a diverse range of water-sports, including mega yacht regattas hosted by YCCS, One Design sailing regattas, kiteboarding, SCUBA diving, stand up paddle boarding and amazing snorkeling. It is also home to some of the very best beaches in the Caribbean.”

Have you been on vacation/holiday lately and would like to contribute to an article? If so, please send me an email at info (at) beachbarbums (dot) com and we’ll put something together.