Let’s get one thing out of the way – I love rum launch parties. Granted, I’ve only been to one but it was love at first sight. What’s not to fall in love with – free rum, free food and free conversation with like-minded industry folk who also appreciate the freer things in life.

Now don’t get your hopes up – launch parties for rum aren’t free unless you’re considered part of the industry, hence the word “industry” as used in the first paragraph. The normal everyday layperson commonly referred to as “the public” has to pay for their rum and food but the conversation’s free so you do have that going for you. 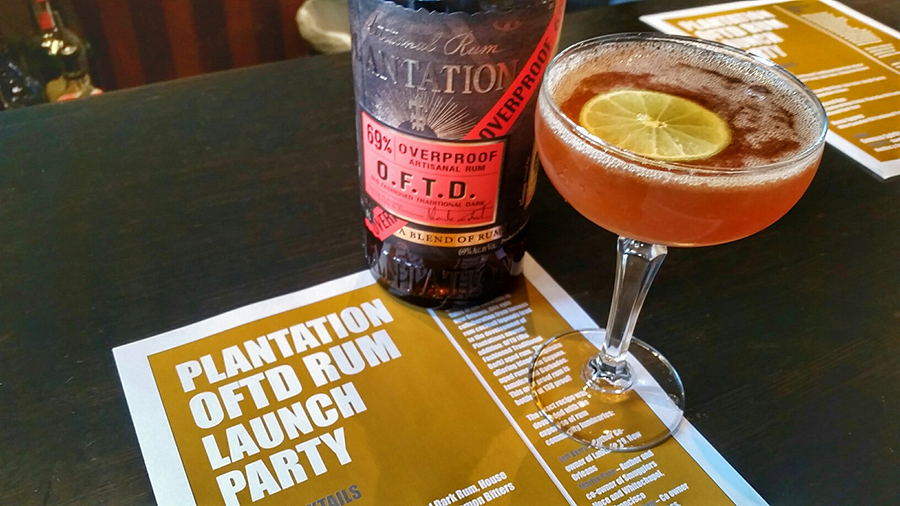 As a blogger, I’m considered part of “the industry” and therefore get invites to these events every once in a while. I don’t get paid squat diddly for writing any of this so you can bet your bottom side if free stuff is involved, I’ll be snapping it up.

When I received one for a local launch party for the new OFTD overproof rum from Plantation and verified it wouldn’t cost me a penny to attend, my middle finger attacked the “Going” button on the Facebook event page like it was a flea scampering across Fido’s back. Yeah, I don’t just use my middle finger to say “Hi” to morning commuters – I also use it on any touchscreen-enabled device. I can’t be the only one, right? 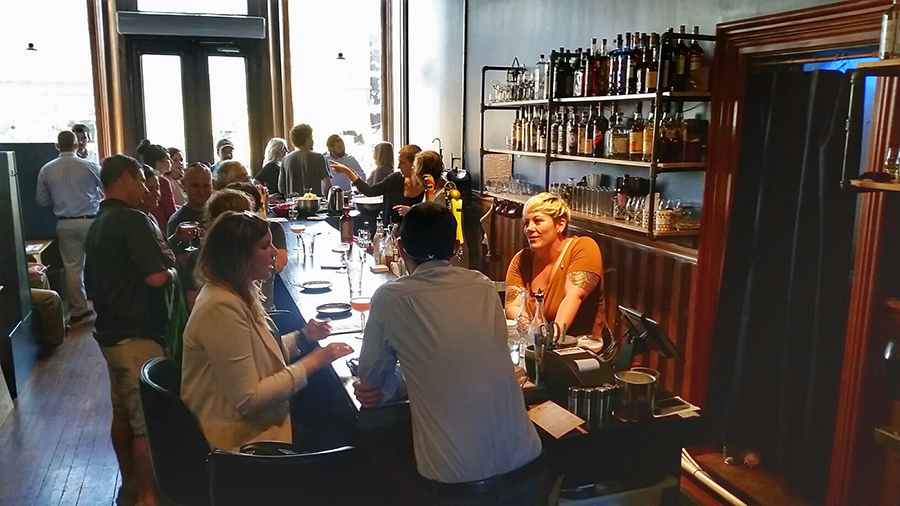 The event was held at Common Spirits, a cocktail bar in downtown Goshen, Indiana, and after doing the handshake dance with most of the people I knew and a few I just met, I bellied up to the bar and ordered OFTD neat. Sure, I could have started off ordering it in a daiquiri but pretty much any rum is going to taste decent hidden behind the classic simple syrup/lime juice combo.

For an overproof rum at 69% ABV, it was amazingly smooth with no real need for a water chaser. I could go on and on about the color, the nose, the final and the empty glass but it’d be a bunch of gibberish and I would likely just plagiarize Plantation’s marketing lingo (if you’re into that kind of stuff, you can find out all about it here). What it comes down to is this – if you’re into rum, tiki drinks or daiquiris with a little more kick, you’ll dig Plantation’s OFTD. 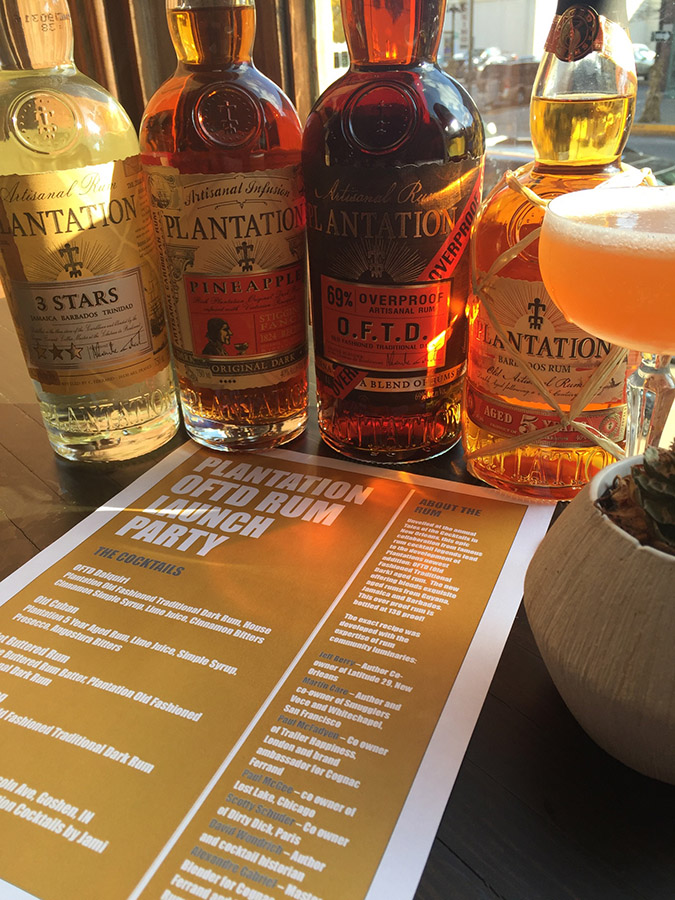 If you happen to find yourself in northern Indiana anywhere within driving distance of Goshen, make it a point to check out Common Spirits. The bar hasn’t been open that long but they’ve done a bang up job pushing the craft cocktail scene in the area.

For more on Plantation’s OFTD and their other rums, you can peruse the “Cocktails” section on my blog. They’ve pretty much taken up residence on every corner in that neighborhood and it’s for good reason – it’s my favorite rum.