Madeariman Restaurant and Bar, located on the beach at Shoal Bay East in Anguilla, was sadly destroyed in a fire in the early morning hours of October 18th. Located next door to Uncle Ernie’s Beach Bar at the west end of Shoal Bay East, the fire was reported to local police at about 1:30 am and quickly engulfed the building which was destroyed by the conflagration. 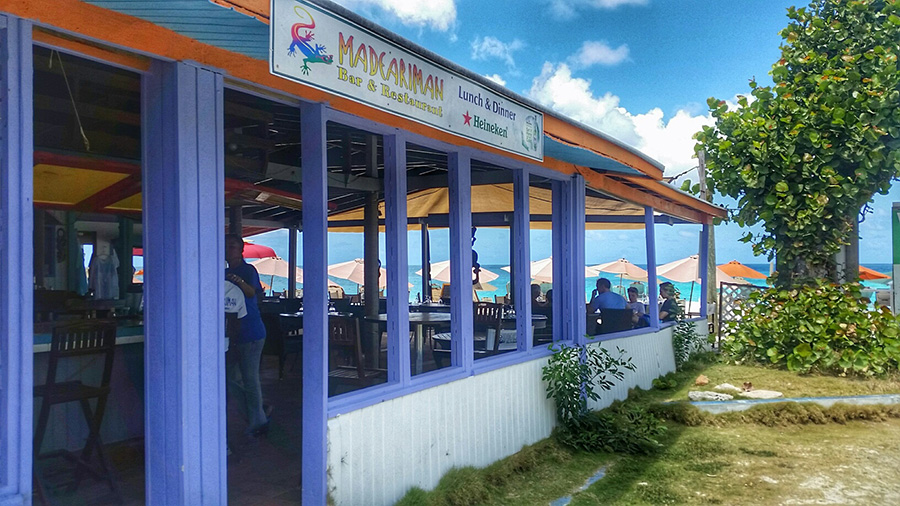 The Royal Anguilla Police Force released this update on their Facebook page:

The Royal Anguilla Police Force is investigating the circumstances surrounding how a fire during the early morning hours on Tuesday 18th October, 2016 destroyed the entire building which housed Madeariman Restaurant and Bar on Shoal Bay East.

The fire which was reported to The Valley Police Station at about 1:30am quickly spread engulfing the entire structure in flames. The building said to have been closed for the off season was totally destroyed by the fire.

As the Police continue investigation into this matter they are appealing to members of the public who may have been in area of Shoal Bay and may have seen anything suspicious or have any information regarding this fire to contact the Valley Police Station with such information. The telephone number is 497-2333 and asks for the Major Crimes Unit or to speak to any Police Officer of their choice.

Additionally information can be sent via the RAPF Tips Website by logging on to www.gov.ai/911 or email AXA911@yahoo.com which are both secure websites.

A GoFundMe page has been set up to help the staff members affected by the disaster and you can find its details here. As with any GoFundMe fundraiser, it is best to complete your own due diligence when deciding whether or not to donate funds. While Madeariman does not have a Facebook page or other social media presence that I know of, they do have a personal profile on Facebook so you can message them to clarify any questions you might have.

Disclaimer
Recipients of content from this site should not act or refrain from acting on the basis of any information included in the site without seeking appropriate advice on the subject matter. BBB expressly disclaims all liability with respect to actions taken or not taken by the recipient based on any or all of the information or other contents of this site.

As the Royal Anguilla Police Force who continued investigation into the fire that totally destroyed the Madeariman Restaurant and Bar on Shoal Bay East the police can now confirm that the said fire was accidental.

The scene of the fire was examined on Thursday 20th October, 2016 by the RAPF Arson Specialist who was on island. At the end of his examination he concluded, “The fire which destroyed the building was electrical in origin and was accidental”.

The RAPF would like to thank all those persons who assisted in the investigation.