I just discovered an interesting fact – Pedro’s Beach Bar is the oldest beach bar on the island of St. Martin, at least that’s what the experts over at Caribbean Journal claim in the video below.

Situated on Orient Bay on the French side of the island, it was originally located at the current site of Papagayo Beach Club. According to stmartin-sxm.com, back in the 70s, Reint Brink, the originator of Club Orient, wanted to build a restaurant for his new resort. However, Pedro’s beach bar was already in the exact spot he wanted to construct it. Mr. Brink proposed to Pedro that he would relocate his beach bar and not only build him a new shelter for the business but supply him with electricity and water as well, much sought after utilities in an area sorely lacking them at this time. At the end of the day, Pedro got a new beach bar, Papagayo debuted and both businesses continue to thrive to this day. 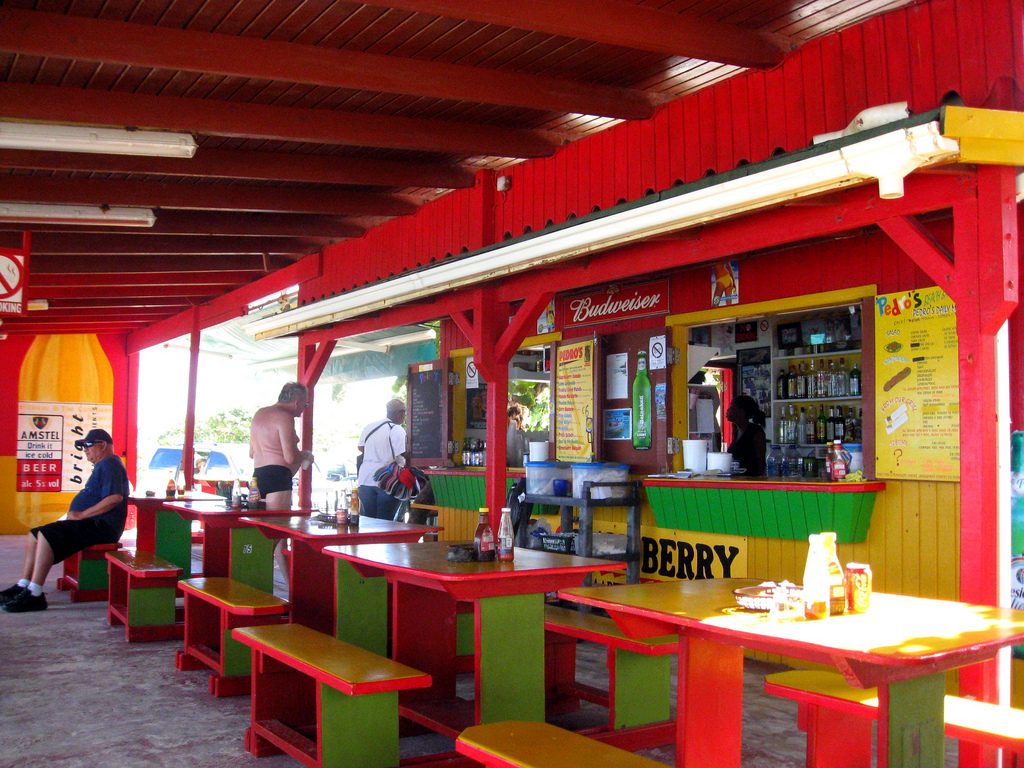 For more on Pedro’s Beach Bar, you can check out the rest of stmartin-sxm.com’s story here.

Check out the Trip Advisor reviews where one reviewer states its “Like a border between clothing and clothing optional on the beach.”