The first person I featured in my “We Built Our Own Beach Bar” series was Paul Tollefson. Back then, he lived in Hilton Head Island, South Carolina but in the years since, has moved “across the bridge” to Bluffton. Not one to give up his beach bar lifestyle too easily just because of a move, Paul decided to build another one at his new home. There was only one problem – his backyard was nothing but woods, blanketing the lagoon they lived on. 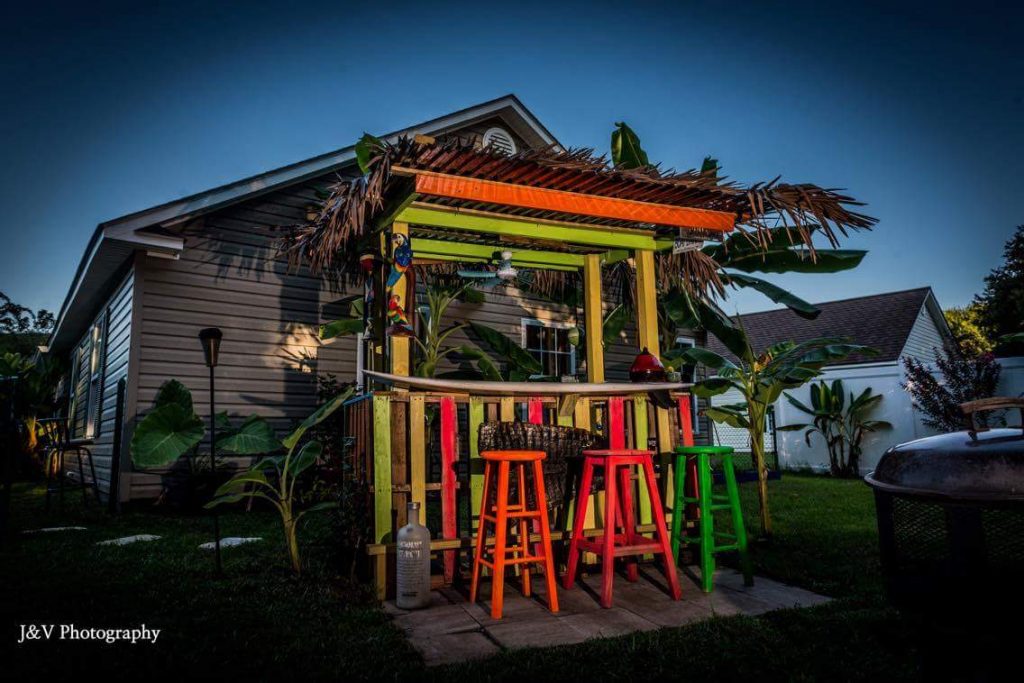 It was only a matter of time before Paul started clearing the woods and growing palms and other different banana plants. A fire pit soon followed but something was still missing – a backyard tiki hut. 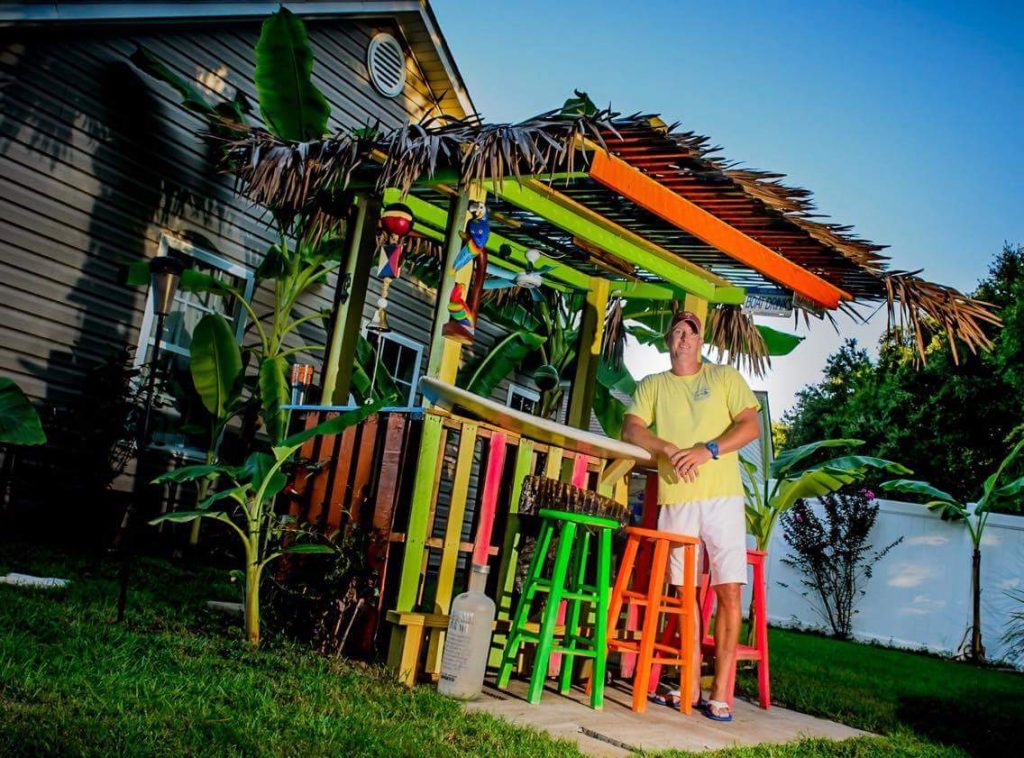 After spending many hours on Pinterest, Paul decided that free pallets was the way to go because hey, free is free. Creating the base of his tiki hut with four free pallets, he purchased a few 4x4s to tie everything together and the rest of the lumber used in the project was scrap wood he found for free. Acquiring palm fronds, crab trap floats and miscellaneous stuff he found on eBay to put the finishing touches on it, Paul ended up spending about $80 for the whole project. And let’s not forget the surfboard bar top, the crown jewel of this tiki oasis. 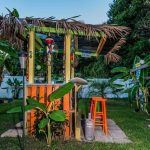 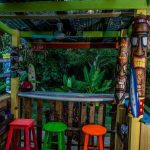 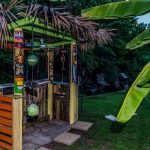 Situated right on the lagoon where humans (along with gators) can walk right up to it, Paul’s backyard tiki hut is proof that for well under $100, you too can have your own backyard beach bar. Just don’t forget to send me an invite once it’s open. 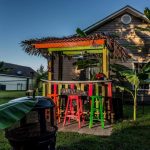 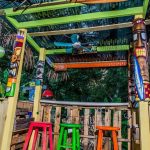 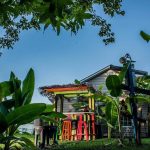