In what will come as no surprise to any of the almost 300 residents of Jost Van Dyke and the countless others who have strolled ashore to his beach bar on Great Harbour, Foxy Callwood, the proprietor and do-everything at Foxy’s Tamarind Bar, is charming. At least that’s how Jake Lamb described him in his article for Yachting Magazine. 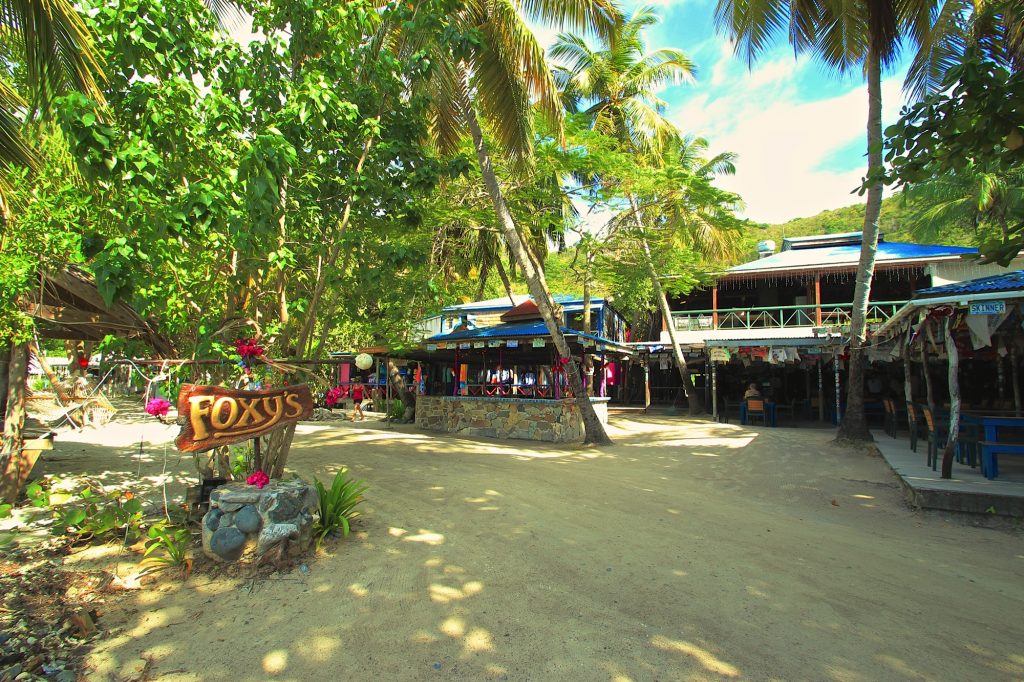 Foxy’s beach bar and the rest of Jost Van Dyke get an in-depth review as well, as Mr. Lamb not only introduces you to Foxy (his first name is Phillicianno and he belongs to a real hall of fame) but gives you the scoop on the island (he gives a shout out to Ivan’s and the Soggy Dollar and tells you where to get the best pics) and the Tamarind Bar, where he says you can enjoy “the fresh-caught seafood, microbrewed beers and attitude-altering, rum-infused drinks like the Dread Fox, Sly Fox and Wreck on the Rocks.” And let’s not forget the annual “Old Year’s Night” party which might just be enough to get you to give up your Ryan Seacrest fix.

You can read the rest of Mr. Lamb’s article on Foxy, his beach bar and Jost Van Dyke here.

Photo provided by Noelle Campbell. You can keep up with Noelle and her travels to the region by following her on Instagram.