Having been a fan of the rum expressions coming out of Plantation Rum for a few years now, it pretty much made my week when I discovered they had released their “Old Fashioned Traditional Dark” aged rum (O.F.T.D.) at the recent Tales of the Cocktail event in New Orleans. A blend of Guyana, Jamaica and Barbados rums and an overproof at 69%, the OFTD was created by Alexandre Gabriel, the master blender at Cognac Ferrand, along with input from a who’s who of tiki titans including Martin Cate, Jeff “Beachbum” Berry and Paul McGee among others. It’s clear that Plantation is setting its sights squarely on the tiki industry and as Cocktail Wonk states: “it’s obvious Plantation is targeting this as a mixing rum aimed squarely at the Tiki and tropical drink market. You can bet whatever nickels you have handy that it’ll be featured prominently at Latitude 29, Smuggler’s Cove, Trailer Happiness, Lost Lake, and Dirty Dick – all iconic bars in the Tiki world.” Once O.F.T.D. starts occupying spots on the shelves at those establishments, it will be just a matter of time before every bar serving any kind of tiki drink will be clambering to get it into their inventory and into their cocktails.

What do you think of Plantation Rum’s new O.F.T.D.? Did you get a chance to try it at Tales of the Cocktail or are you just as excited to get your hands on it as I am? Let us know what you thought about it in the comments! 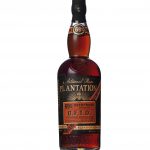 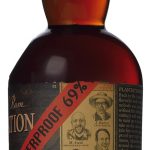 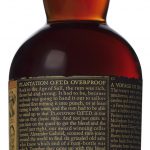 For more on Plantation OFTD, be sure and check out this article from Rob’s Rum Guide.