The Most Awarded Rum At 2016 RumXP Competition! 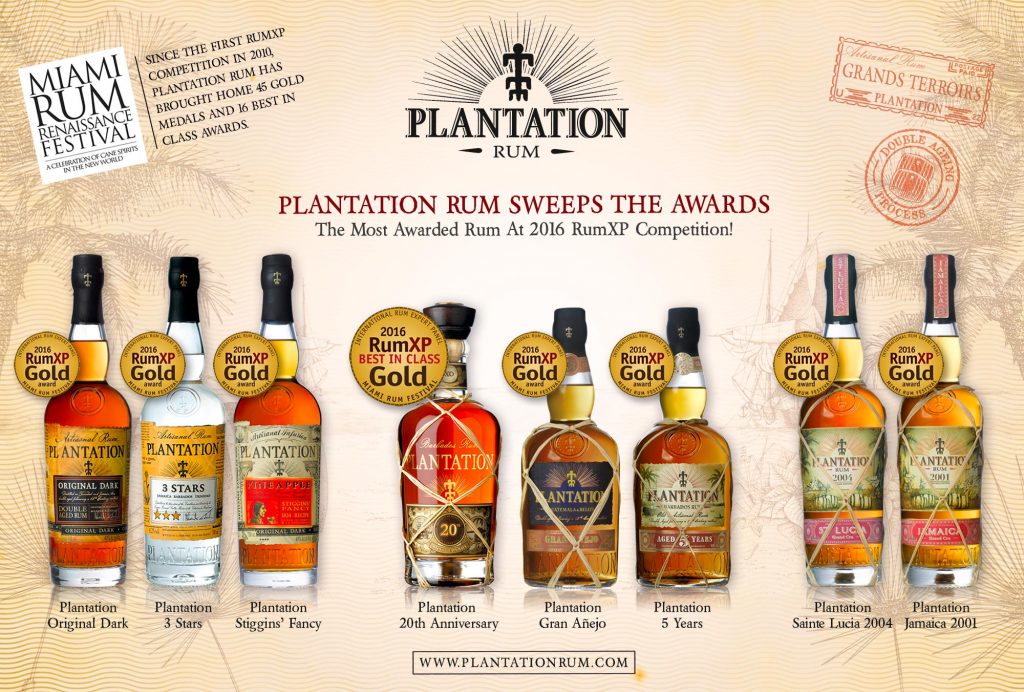 Chateau de Bonbonnet, Ars, France (April 2016) – Plantation Rum walked away the big winners again from the 2016 RumXP International Tasting Competition, this year held on April 15-17 at the Miami Rum Renaissance Festival. Eight Plantation Rum marques were entered and we are extremely proud to announce that Plantation reaped all possible Gold Medals, one for every Plantation Rum entered. The members of the International Rum Expert Panel tasted and evaluated rums in a blind tasting and awarded Plantation Rums more Gold Medals than any other brand entered into the competition.

Plantation rums are unique to any other rum and one of the reasons they have become the go to brand for many bartenders and rum aficionados alike. The rums are first distilled and aged for some time in the topics then they are transported to their ‘Cognac home’ at Chateau de Bonbonnet where they are nurtured and aged longer in Pierre Ferrand Cognac casks.

Says Alexandre Gabriel, Maison Ferrand proprietor and Plantation Master Blender, “The love, care, blending, aging and nurturing that we put into Plantation, we receive back one hundredfold! We are very happy to have won these accolades but my spirit soars also when I hear from people I meet at bars or from bartenders that this is their favorite rum. We humbly accept these compliments, especially from the distinguished panel of RumXP judges who we have great respect for.”

The annual RumXP Tasting Competition at the Miami Rum Renaissance Festival is among the most prestigious events of its type in the world, bringing together a host of experienced rum judges from around the globe to evaluate the finest cane spirits from every region, every style and every category of the rum world. In addition to the professional RumXP judges, the Consumer Rum Jury, consisting of serious rum enthusiasts from across America and around the world convened to sample and evaluate many fine rums for their own awards. Full results can be found at http://rumrenaissance.com/Competition2016.html

ABOUT MAISON FERRAND and PLANTATION RUM

Plantation Rum is produced by Maison Ferrand, one of the world’s premier boutique producer of fine spirits and the architect of the artisanal spirits movement.  Maison Ferrand has offices and production premises at Château de Bonbonnet in Ars, France and its brands are distributed in more than 40 countries.  The brands available in the U.S. include the award-winning: Pierre Ferrand Cognac, Citadelle Gin, Mathilde Liqueurs, Plantation Rum, Landy Cognac, Cerbois Armagnac and Daron Calvados.  Deutsch Family Wine & Spirits is the importer of the aforementioned brands to the U.S. For more information about Maison Ferrand, visit http://www.maisonferrand.com/ or on Facebook. 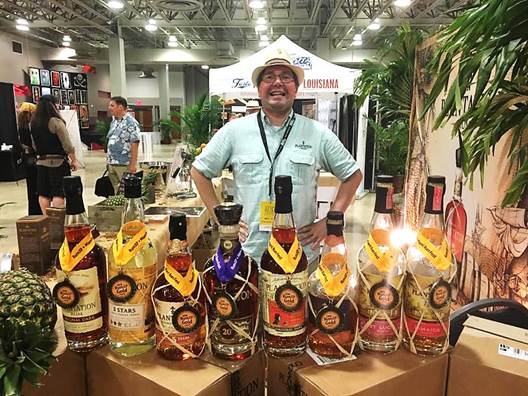