It’s been awhile since I’ve provided an update on the latest and great beach bar to hit the shores of St. Maarten, the Blue Water Bar and Grill, located on Indigo Bay. Since a couple press releases (which you can find here and here) have recently been sent out regarding the beach bar, I thought I would let you know what I know, which isn’t a lot but it’s more than nothing.

Construction progresses at “island time” on the Blue Water Bar and Grill which, as many of you know, is synonymous with “not as quickly as some people may prefer.” There’s no definitive open date – the previously planned grand opening of later this year has been pushed back to “early next year.” One cool part of the construction process that was just completed – the 75 ton concrete pour that forms the “‘V’ shaped roof over the bar area that contains a waterfall feature flowing into the pool.” Some beach bars look like they could fall over if the wind simply switched direction. With 75 tons of concrete in just the roof, the Blue Water Bar and Grill is here to stay. 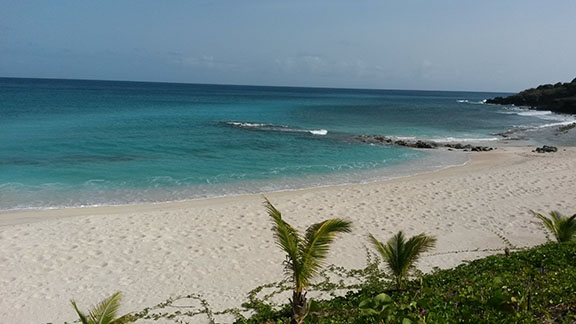 One other interesting tidbit I noticed in one of their press releases – there are plans to build future Blue Water Bar and Grills in other areas of the Caribbean, specifically Aruba, Nassau, Cozumel, Grand Cayman and Barbados. These seem to be exciting times for the folks over at Blue Water!

For updates on the construction of the Blue Water Bar and Grill, you can check out their Facebook page.