I found this Plantation Rum recipe for a lemon daiquiri on Flickr the other day and seeing as how a Plantation Rum 3 Stars Daiquiri is my go to cocktail at my go to bar and any other bar that carries it, the recipe intrigued me. Plus, it was a really cool picture of the drink and those always grab my attention. “Ooooh, pretty picture!” 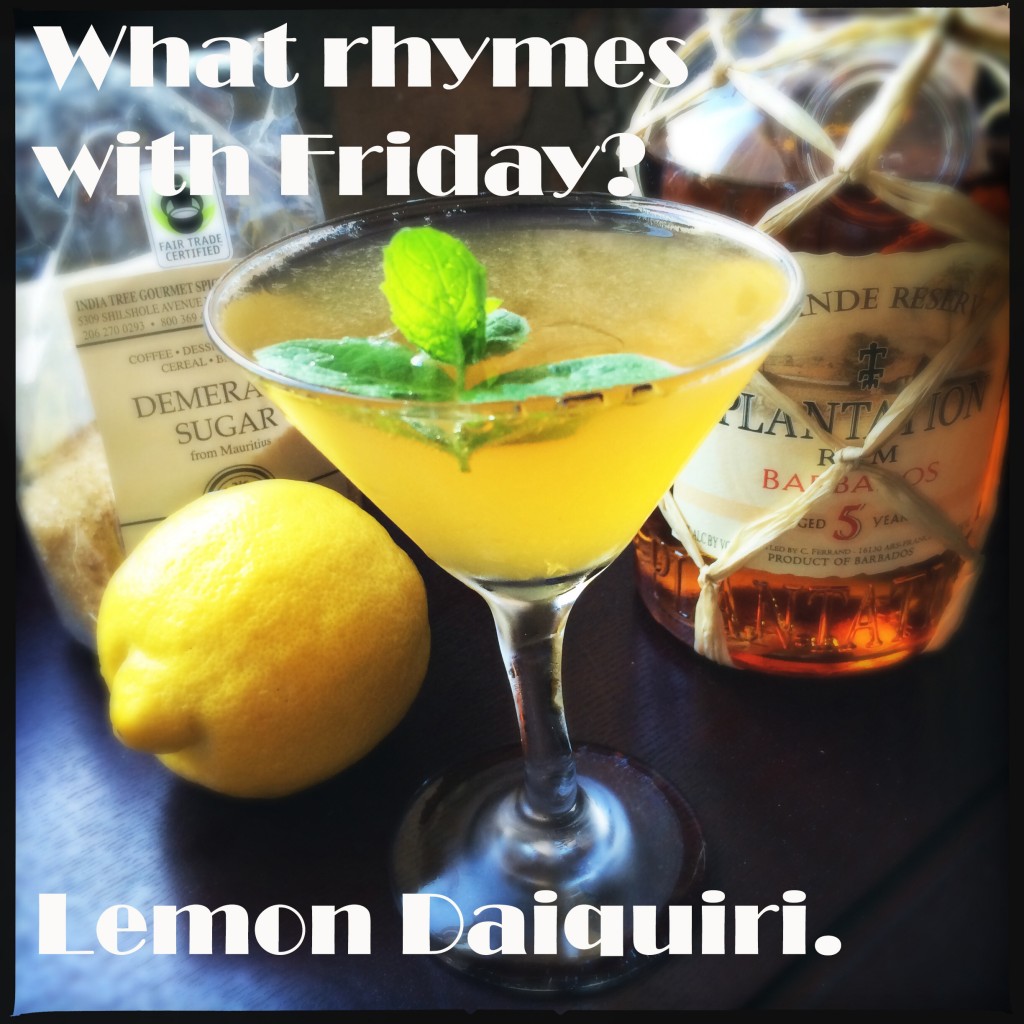 The recipe is simple and consists of the following: 2 oz. Plantation Barbados 5 Year Old Grand Reserve rum, .75 oz. simple syrup (made with Demerara sugar), .75 oz. of lemon juice with a mint garnish. Put it all together as you would a daiquiri. It sounds a lot like a rum sour but if there’s anything I’ve learned from my short time spent in the underbelly of mixology, it’s that if you ask five different bartenders how to make a daiquiri, you’ll get five different answers. And that’s a simple drink. Lemon daiquiri, rum sour – who cares. It looks delicious to me.

I don’t have the 5 year old from Plantation Rum so I’ll be subbing my 3 Stars, which I would sub for oxygen if possible. And I don’t know what Demerara sugar is so I’ll be utilizing whatever sugar accompanies my bowl full of Cheerios.

Do you have a favorite daiquiri recipe? What is your preferred rum to use in a daiquiri? Let me know in the comments and give me a good excuse to drink more rum.

Cheers to Fridays and the start of the weekend!

“Lemon Daiquiri” by Seth Anderson/CC BY-NC-SA 2.0
Text added to image by yours truly.