Last Day to Vote for the Official Summer Cocktail

I normally reserve Friday posts for my fledgling Friday Flickr Find series but a champion is about to be crowned and ignoring it would be sacrilege in the world of beach bars. Coastal Living’s “Official Cocktail of Summer Madness” contest is about to anoint a winner and as any true beach bar bum would tell you, it’s fitting that it comes down to a battle for the ages between a light rum drink and a dark rum drink. 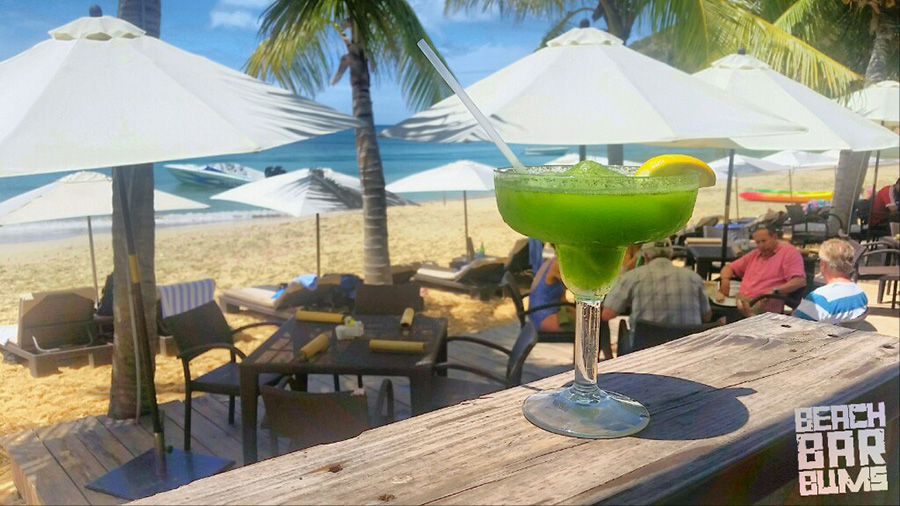 The light rum vs. dark rum argument is a longstanding knock-down drag-out fight that has existed for as long as both rums have been made. Aficionados on both sides of the aisle will wax eloquent on the virtues of each and depending upon your personal taste and preference, they would all have valid arguments. There’s one thing for certain, though – while the two can be used interchangeable in some cocktail recipes (I’ve had delicious rum and cokes and daiquiris using both types), you aren’t substituting them when it comes to the Mojito or the Dark ‘N Stormy, the two finalists in Coastal Living’s official cocktail contest. The Mojito is served with light rum and the Dark ‘N Stormy with dark rum, preferably Gosling’s Black Seal Rum, thank you very much.

So that’s why it’s kind of cool that the “Official Cocktail of Summer Madness” contest at Coastal Living comes down to these two drinks. It just feels right, especially to a beach bar bum, and goes to show that the readers at Coastal Living actually know a thing or two about their cocktails, just not as much as a beach bar bum would because you know, drinking tropical cocktails and rum drinks is kind of our thing.

To vote in the contest, dailycatch.coastalliving.com – remember, you can vote as often as you like and since voting online only requires one hand, you won’t even need to put down that tasty summer cocktail you’re enjoying. The poll closes at midnight Eastern Time with the winner being announced at 12:39 Eastern on Sunday, the official start time to summer.

What’s your favorite type of rum? Do you prefer white vs. dark or do you venture into the gold or spiced types? Does your preferred type of rum influence your choice for favorite cocktail? Can you be a white rum lover and vote for the Dark ‘N Stormy or would that result in an immediate call for you to give up drinking entirely?