Do you have a favorite cocktail that you like to enjoy during the summer months? Is it one that refreshes, cools and reinvigorates when the temperatures start rising and the humidity reaches a point of suffocation? If so, you’ll have to check out the “Official Cocktail of Summer Madness” contest going on over at Coastal Living. Complete with eight finalists and a bracket full of contestants to rival the NCAA’s March Madness, a new match-up will be featured each day for seven days with the official cocktail of summer being announced at the exact time summer officially begins – 12:39pm EST on June 21. New cocktail challenges will be posted each morning here at 8 am and you can vote as many times as you want before midnight with no registration required. 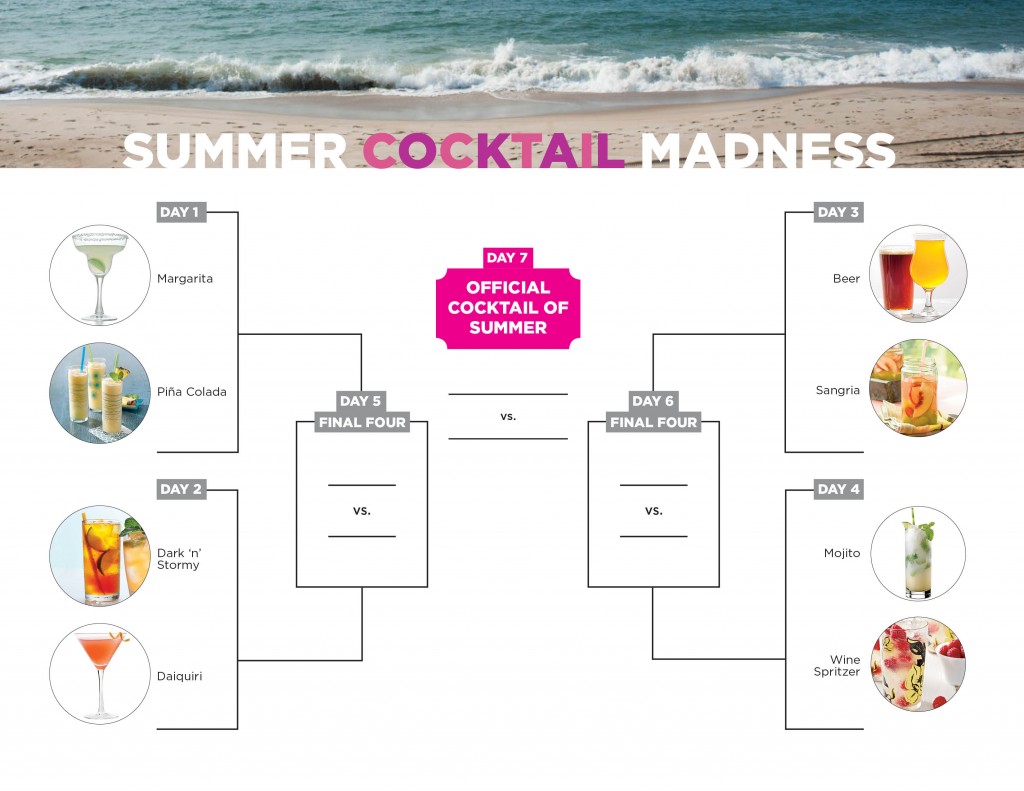 Day one is officially already in the books with the pina colada pulling out a close one over the margarita, 54% to 46%. Next up today is Bermuda’s own Dark ‘n Stormy and one of my favorites, the Daquiri. Early results show the Dark ‘n Stormy with a seemingly insurmountable lead but with the majority of precincts left to report, we are hesitant to declare a winner at this time.

Join in on the fun and remember, every vote counts. That’s what makes this nation great. Cheers!