Karakter Beach Bar – All the Character You Need in St. Maarten

Naming Karakter Beach Bar as my favorite St. Martin/St. Maarten beach bar wasn’t a hard choice to make. While the decision regarding my favorite beachfront watering hole in Anguilla required a little more back and forth in that head of mine, determining my favorite St. Martin/St. Maarten beach bar was a rather painless decision to make. In fact, I pretty much had made up my mind as soon as we visited it one evening for dinner. Scrolling through our dinner options for the night and trying to pinpoint exactly which “karakter” we wanted to spend our evening with, I couldn’t help but be overcome by this feeling that Karakter Beach Bar was a place I would enjoy sinking my toes into the sand at and promptly declared it my favorite St. Marteen beach bar with nary a second thought. 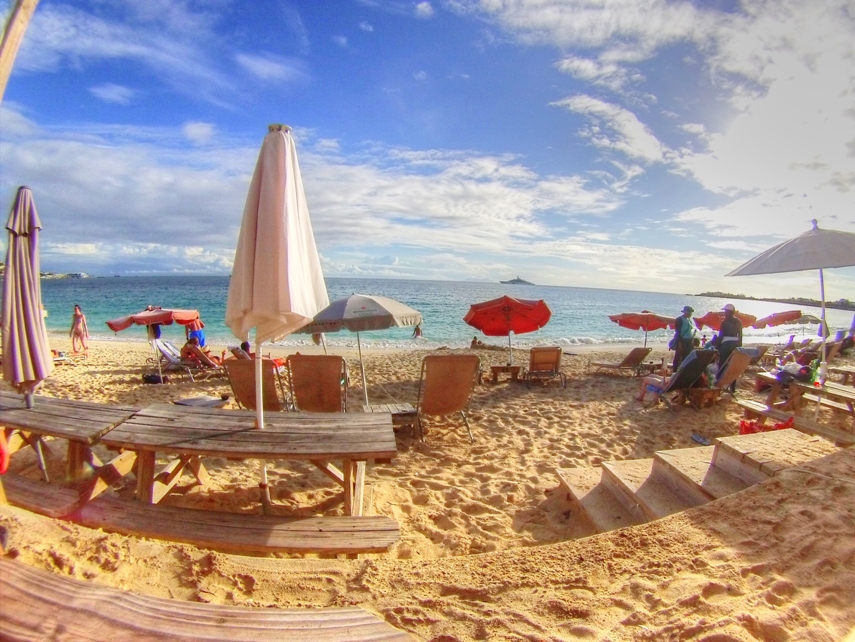 You know that feeling you get when you walk into an establishment and you know immediately that you’re going to like it? That’s how I felt at Karakter. As my eyes darted back and forth on the menu looking for a burger (it’s called the American Karakter, I believe) and I tried to figure out how and where I was going to pose my ‘ti punch, I knew one thing for certain – I was coming back to Karakter Beach Bar post haste and enjoying a sunset from one of the benches that line its property. 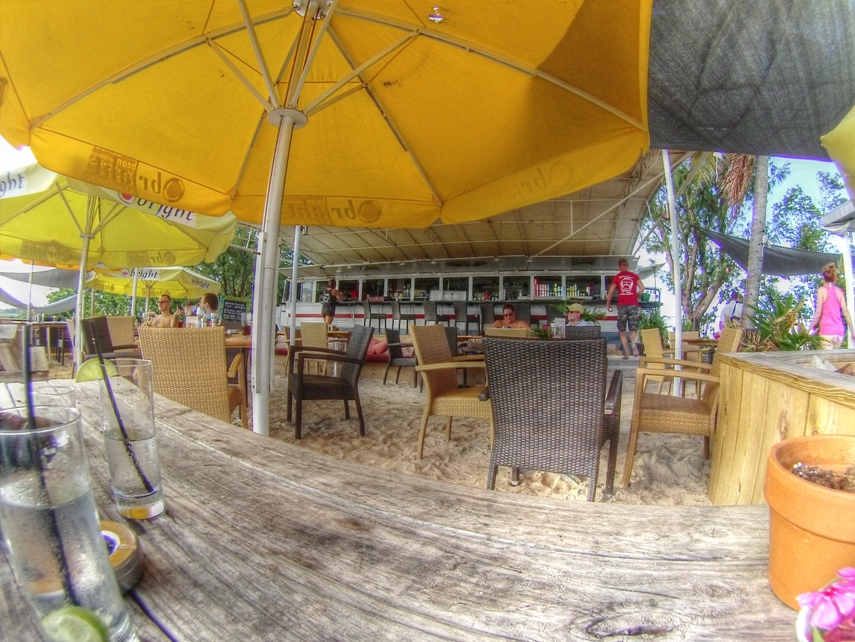 We made it back to Karakter the next day and the return visit was worth it. Choosing a seat at one of the benches in the elevated area just above the beach, I promptly ordered another ‘ti punch, kicked off my sandals and settled in for the sunset as the semblance of any worries that may have been hanging over my head slipped away. That’s the feeling Karakter Beach Bar gives you. While the bus is the main attraction that draws a lot of the tourists, it’s the slightly upscale but unpretentious vibe that was the attraction for me. Karakter manages to take your typical Caribbean beach bar and add a touch of European flair, somehow managing to mix the two and allowing tourists in barely-there-at-all bikinis (and some wearing less than that) to comingle with patrons who look like they just flew over from the French Riviera. It’s an “Ibiza beach club meets Jost Van Dyke beach bar” concoction that works together as well as the ice cubes watering down the best ‘ti punch I’ve ever had. With a few adjustments here and there, it’s the beach bar I want to own and that’s the highest praise I can offer. 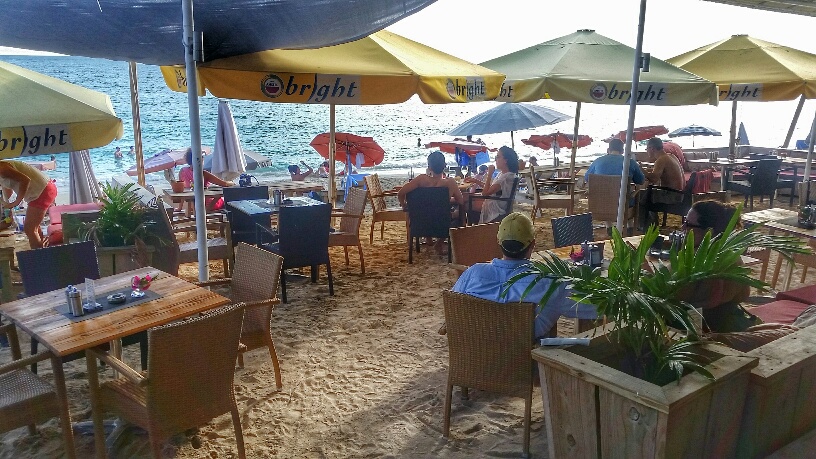 Getting To Karakter Beach Bar
If you taxi driver doesn’t know where it is for some reason, tell him to take you to Mary’s Boon resort and keep on driving until the road ends. You can go any further on the beach without running into the bus.

What to Order at Karakter Beach Bar 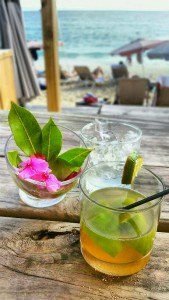 Get the ‘ti punch. I’ve had this death-inducing drink at other bars but Karakter is the only one that manages to prepare it the way it was meant to be made. Others try to water it down and turn it into just some other cocktail. That’s not what it is. It’s an experience to drink and Karakter gets it.

The dishes at Karakter are all named after the regions where they hailed. For example, their spaghetti dish might be called the “Italian Karakter” and the aforementioned burger the “American Karakter.” Don’t get confused by the fact that most of the dishes are “Karakters.” Some of the people in our group initially thought they were all versions of the same dish when in fact they are all vastly different offerings. It may have been the ‘ti punches talking but everyone eventually figured it out. 🙂 “Ohhhh, they’re all different dishes representing different regions. Got it!”