March and a Month of Moonsplash Mondays

In my hometown, March came in like a lion with over four inches of snow dumped in less than 24 hours on our already snow covered landscape. According to weather folklore, the significant snowfall signifies that March will go out like a lamb, much needed after staring down the face of the roaring lion all season. If spending the last few days of March on the sunny beaches of Anguilla listening to reggae beats radiating from the stage at Moonsplash is the sacrificial lamb, I’ll gladly endure little sleep and sunburnt skin as my own sacrifice as winter whimpers away and spring floods my life with some much needed good time vibes.

In anticipation of my first visit to Moonsplash (and second visit to Anguilla in three months – seriously, is this really happening?), I’ll be posting articles on each Monday in March to celebrate Moonsplash, Bankie Banx and any other subject I can tie in to the 25th anniversary show of one of the biggest celebrations of reggae/island music anywhere. Today’s article includes a blog by WestJet, an airline out of Canada, as the author recounts the history of Moonsplash and subsequent conversation with Bankie Banx. Also featured in the post is a video interview with Bankie Banx at the Dune Preserve, CNN’s best beach bar in the world and home to Bankie’s Moonsplash festivals for the last 20 years (they were held at various spots the first few years because Dune Preserve didn’t exist yet).

WestJet sat down with Bankie and the author disclosed that they didn’t even know who Bankie was when they first ran into him on the ferry crossing from St. Martin to Anguilla. Highlights of the write-up are a history of Moonsplash, the origin of the beach bar’s signature drink, the “duneshine” and words of wisdom from Bankie Banx that every person considering owning a beach bar should heed. ““Want the world’s best beach bar?” Bankie says to me when I ask him the secret behind Dune Preserve’s success. “Don’t try too hard.”” 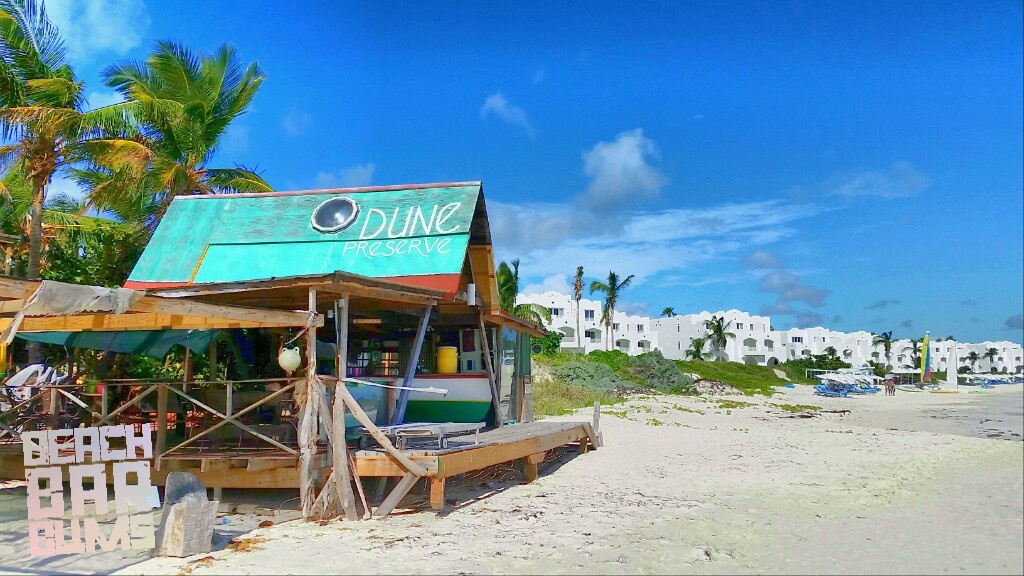 In the featured video, the interviewer sits down for a conversation with Bankie at the Dune Preserve and discusses the beginnings of his beach bar, his time spent overseas and how the horizon keeps him focused. Interspersed with scenes from “the Dune,” as it’s known to locals, the interview takes on the feel of an afternoon conversation with one of your longtime friends who just so happens to be a legend. It portrays Bankie in a manner some may not expect from the owner of one of the world’s best beach bars, which also so happens to be located on one of the Caribbean’s more exclusive islands. He articulates his responses in a laid-back and affable manner, the same way he interacted with me during our visit three months ago and the same way he interacts with anyone who shows up at his paradise in the middle of an island full of them.