Apparently, finding Juju’s Beach Bar in Barbados can be a little tricky or at least a tad bit difficult. So much so that one YouTube user found it necessary to videotape the end of his intrepid trek for the ever evasive Juju. Anyone that’s traversed across any island in the Caribbean can empathize and will tell you that directions are often ambiguous at best. It’s not really the locals’ fault. Street signs and house numbers are as rare as rum shacks are common in Barbados. Our first night on the island home of Rihanna (whom I unfortunately did not get to meet), we checked into our resort and decided to go to the Blue Monkey Beach Bar for a late dinner. I had done some research on it beforehand and after a long day of travelling, having drinks and dinner at the only beach bar on this strip of sand seemed like the perfect cure. After asking one of the employees the best way to the Blue Monkey and specifically stating we were headed there for dinner, he pointed north down the beach and said “It’s that way.” A half hour later, we stumbled across it only to find out that it was closed and not just for the night but for the last few years. Note to future self – when you ask for directions to a beach bar, preface it by also asking “It is still in operation?” For those of you wondering, it’s still not in operation so don’t set off on some late night adventure trying to satisfy any hunger pains. You’ll only be sorely disappointed … and a bit miffed at the direction giver. 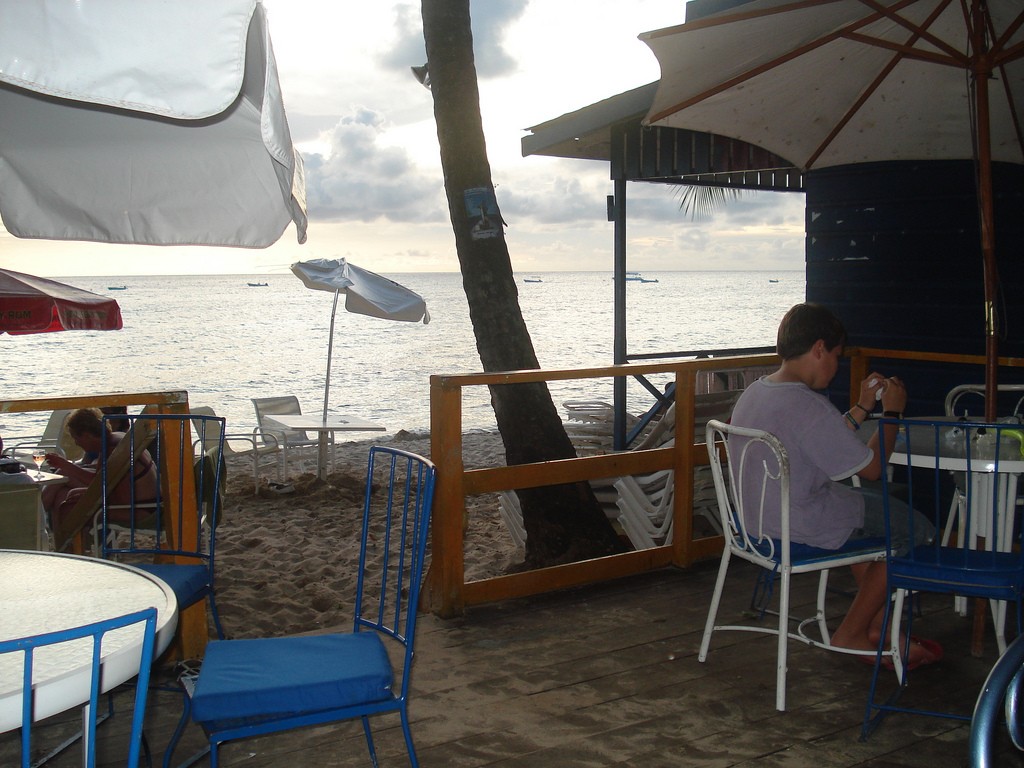 Luckily for the weary and most likely hungry and thirsty travelers in this video, Juju’s was open for business … once you found it. The directions he recounts at the :53 second mark are priceless: “The green trash can or the telephone poll, she said. Somewhere right around there is the way to get down.” In the Caribbean, those are about as good of directions as you are going to get and who are we to argue – it worked.

To find out all you need to know about Juju’s, more info and directions (they also include a video and the exact coordinates of the beach bar!) can be found on travelswithmeg.blogspot.com.