When it comes to the beaches of Anguilla, Meads Bay has some tough competition but manages to find a place of her own among such stalwarts as Barnes Bay, Rendezvous Bay, Maundays Bay and the world famous Shoal Bay East. As I was shuffling through the sand after getting friendly at the Frangi on a Friday (such a sucker for alliteration), all I could think of was how breathtakingly spectacular the beach was. Even with gray storm clouds threatening overhead, I became entranced by the magic of the bay and only wanted time to stand still so I could enjoy the moment for as long as possible. Unfortunately, a most undoubtedly tired three year old, her presumably stressed out mother, an always on time taxi driver and a meeting with Garvey were waiting for me so the world and I along with it had to keep moving. Luckily, someone came up with the bright idea of putting video capabilities on phones and a few minutes later, I had 30 seconds of Meads Bay bliss to take home with me. 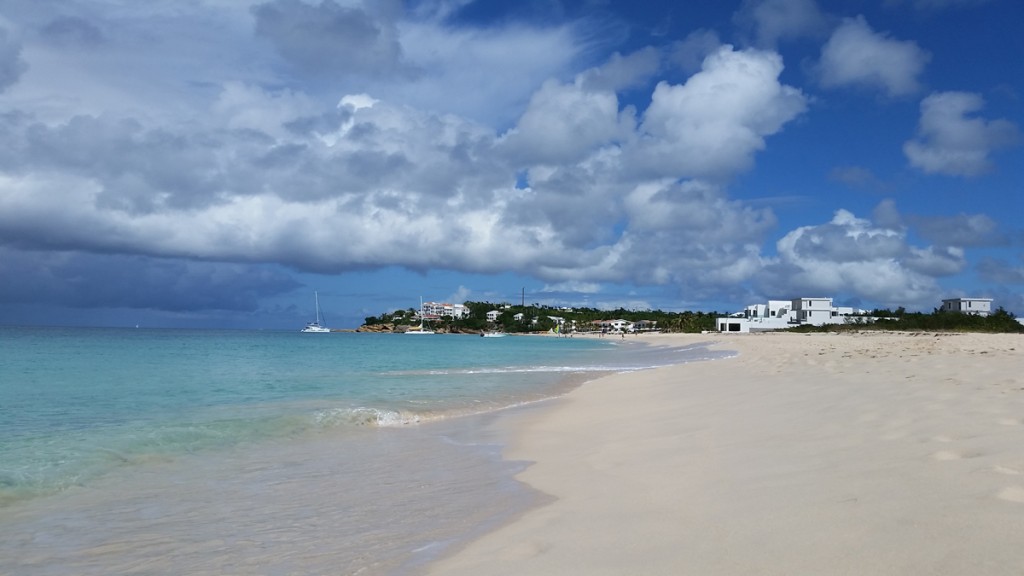 View of the beach Meads Bay from the Frangipani.

The video of this spectacular Anguilla beach was taken just west of the Frangipani, looking west/northwest along the beach. I think it was a little wavier than normal (you can hear the wind in the video), as the clouds in the sky at the time were threatening enough to think a storm was coming. As always, though, the sun won out and the rain never made an appearance. I think that might be all the “weather” Anguilla gets on a normal basis.