We’re heading to Chicago this weekend and two of the most prominent tiki bars, Three Dots and a Dash and the brand new Lost Lake are set squarely in our sights. You may be asking yourself how a brand new bar be described as prominent. In this case, that’s all because of Paul McGee, the tiki bar brainchild who turned Three Dots into one of the best bars in America. His latest venture, the aforementioned Lost Lake, opened this week and I can’t wait to check it out. Getting there is one thing – getting in is another. Lost Lake is an intimate setting. In other words, it’s small. With seating for 80 and standing room for just 20 more, the lines will be long at Lost Lake. Its opening time is 5 – I plan on getting there at 4:30.

If the line to get into Lost Lake is too long, we’ll hop in a cab and head to Three Dots in the hope that the rest of the tiki loving Chicagoans are also trying to get into Lost Lake. Three Dots is a legend not just in Chicago but across the world, having been named the 27th best bar in the world by worlds50bestbars.com. In a city GQ just named the best drinking city in America, it’s hard to stand out from the crowd when you’re competing against stalwarts such as The Aviary and Billy Sunday. Three Dots pulls it off by offering a great cocktail selection and an over the top Hawaiian atmosphere that offers a tropical escape from the seemingly unending Chicago winters. 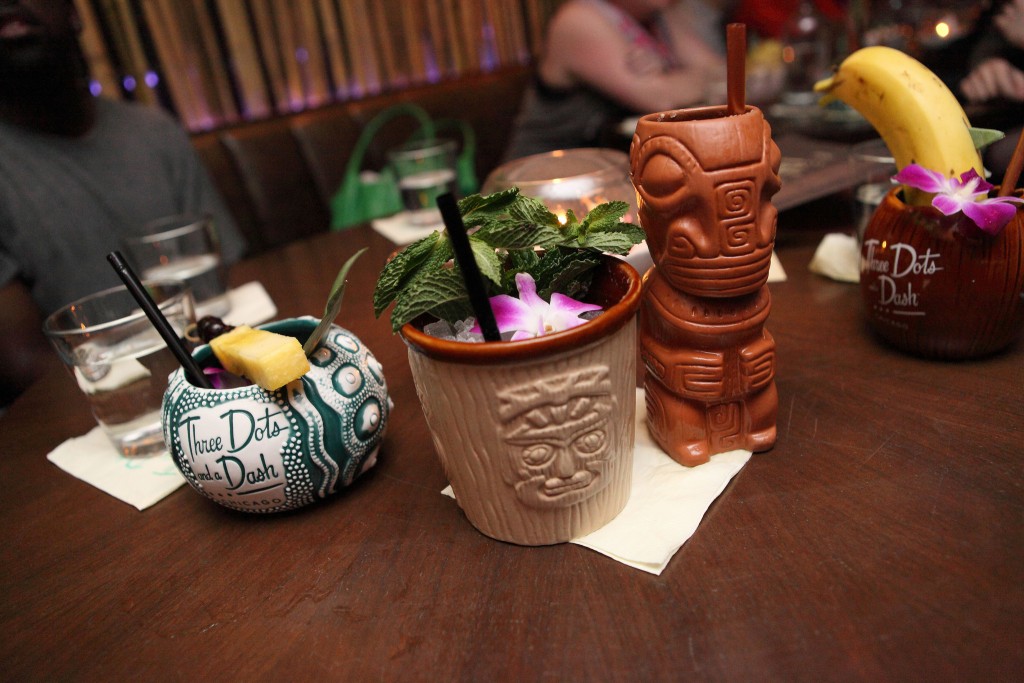 Last but not least, a visit to State and Lake is also on the itinerary. While it’s not a tiki bar, it does have something its tiki brethren can’t claim – a nationally ranked cocktail, the “Walk in the Park.” Restaurant Hospitality named it one of the best cocktails in America. At $14, it will be the most expensive walk in the park I’ve ever taken but will most likely be the most fun.

Chicago – it’s the best drinking city in America and when in Rome ….