The Most Exhilarating 30 Seconds of My Year in Travel

Taking on the jet blast of a four engine Airbus A340 at Princess Juliana (SXM) airport in St. Maarten was by far the most exhilarating 30 seconds I spent doing anything during our travels in 2014. I mean, I love my three year old daughter and usually 30 seconds with her is the best part of any day in my life but it’s really hard for her to compete with the utter thrill and “living on the edge” feeling you get from this experience. That feeling is reflected in my ear to ear grin at the end of the second video – as corny as the smile is, it represented an “I can’t believe I just did that!” reaction and instantly commemorated one of those moments in my life that I knew I would never forget. 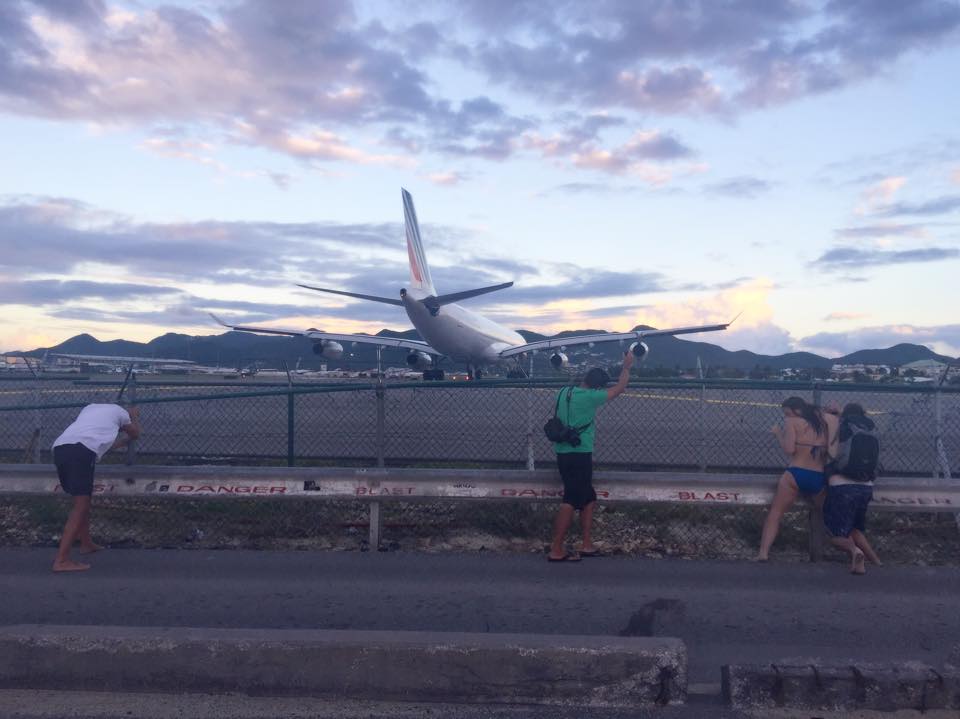 Taking on an A340’s jet blast at SXM. I’m the touristy looking guy in the green t-shirt.

The four engine jet blast didn’t come without its casualties. My GoPro’s lens ended up with a couple nicks and somehow in the middle of all of the pebbles, dirt and debris flying by me, I managed to stop the video and restart it. That’s why there are two videos – part 1 and part 2. Part 1 is featured in this article and you can view part 2 here.

I don’t know what it’s like to be sucked up by a jet’s engines (does anyone live to tell about that?) but I know what it’s like to be totally and completely enveloped by their blast and if given the chance to do it again, I would jump at it. And when people start telling stories at the bar, you can always whip this one out and pretty much trump any other tale. “Oh yeah? Well I took on the jet blast of a four engine A340 …in a t-shirt, shorts and flip flops.” You should get your drinks for free the rest of the night.