Elf on a Shelf Lets Loose … And I Mean Really Loose

Tagged: christmas, elf on a shelf

The Christmas season can be a stressful time and apparently even more so for the ubiquitous Elf on a Shelf. We named our elf Glitter and for almost a month, we didn’t even have to think about disciplining our daughter as the mere threat of not getting any presents for Christmas was enough to get her back on the straight and narrow. It worked (most of the time) and for that I will miss Glitter. When you think about it, he/she has a lot on their shoulders. They have to keep an eye on the kid or kids, travel every night back to the North Pole, give a detailed report to Santa and then fly back to a new spot before the children wake up the next morning. Then a new day starts and the cycle continues yet again. And what if the kid is naughty? The elf faces a dilemma and the very presence of presents underneath the Christmas tree is in their hands. Do they give a negative report to Santa and risk the kid losing out on gifts or do they let it slide for a few days in the hope that the kid straightens up? It’s a lot of responsibility to be placed on such tiny shoulders so it would only seem natural that at the end of the season, the elves on shelves all over the world cut loose a little bit and relieve all the built up stress.

As such, it should have come as no surprise when I woke up Christmas morning and found the following images on my camera. Apparently, Glitter likes to party … a lot … and when there’s free alcohol and a bunch of beautiful single Barbies laying around with nothing to do, he’s going to party like it’s 1999. Or in this case, like it’s Christmas morning and his shift to end all shifts is finally done. Good for you, Glitter, and well deserved, don’t you think? 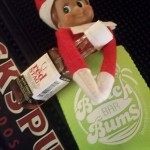 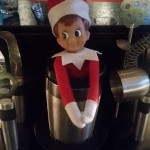 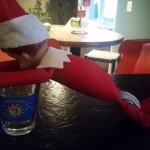 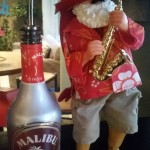 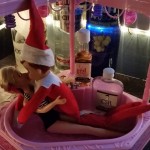 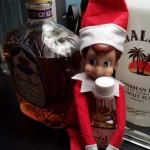 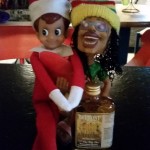 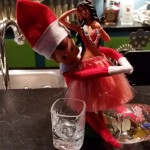 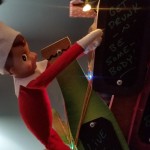 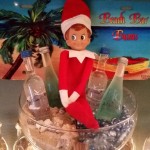 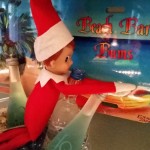 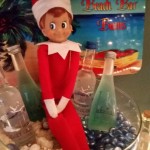 At least he stayed away from the top shelf liquors. I love my elf on a shelf but if there’s one place he’s never going to sit, it’s on the top shelf.