The Lazy Lizard beach bar, located at The Split on Caye Caulker, Belize, has been closed since this past weekend and currently has its doors locked shut. According to SanPedroScopp.com, the closing of the Lazy Lizard may be related to the recent change in ownership and a dispute regarding the liquor license which is now in court. Following is their summary of the events so far:

“But first: NEW MANAGEMENT = Jim Lynskey working with the owner of the property. OLD MANAGEMENT = Immer Perez, Caye Caulker local and manager of the spot for the past 5 years?
•Immer, who has been managing the spot for the past few years, was told to vacate as of November 1, 2014 by the owner and the new management.
•He accepted it but was assuming that he would be compensated for leaving early. He currently has 2.5 years left on a 5 year lease.
•He was NOT compensated and announced over a week ago that he would continue on at the Split, running the bar, since his lease could only be cancelled IF the property was sold.
•The Liquor License is in the name of the OWNER, not Immer, and so as of November 1st, the license was revoked and locks put on the building. By the police? By the owners? Probably both. This is unclear to me.
•As of Monday, this matter is in court.
•On Monday, the bar was unlocked and the alcohol removed from the premises. Again, it’s unclear who did it. But it wasn’t the owner of the liquor – Immer.” 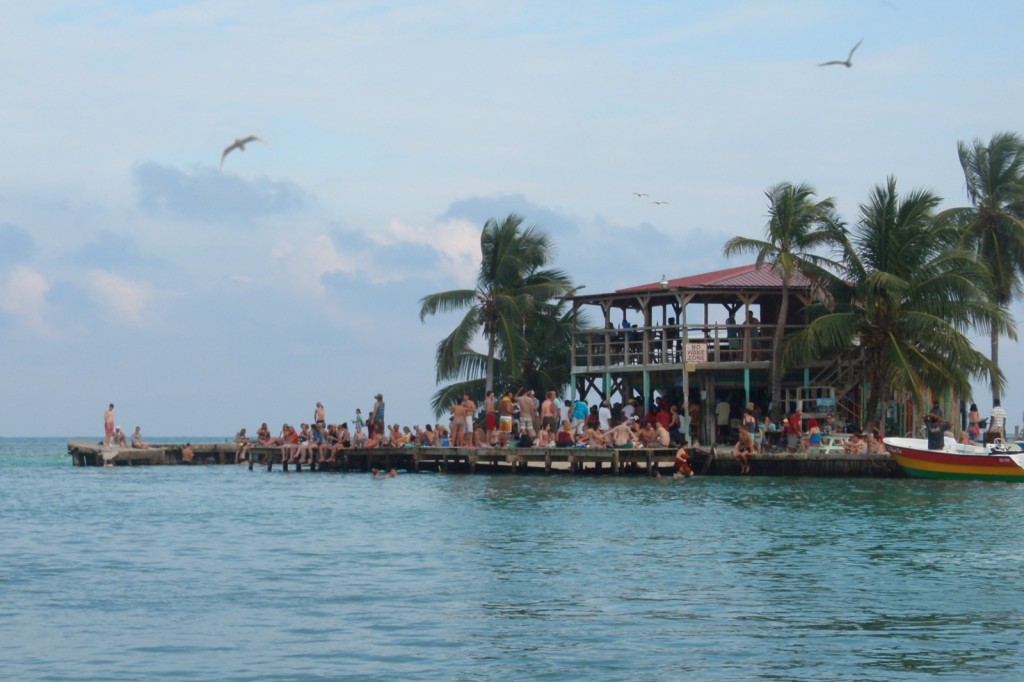 Anyone in the area know what’s going on? Are there plans to keep the Lazy Lizard or renovate the whole area? Any updates you can provide would be appreciated!

For more information on the current status of The Split and the Lazy Lizard, you can follow San Pedro Scoop on Facebook.