The Island I Would Open My Beach Bar On Would Be ….

Home » Beach Bars » The Island I Would Open My Beach Bar On Would Be ….

One of the reasons I started this blog was to keep my eyes on the prize of one day owning my own beach bar. Knowing I wanted that dream to come true was the easy part. Figuring out which island I wanted to own it on is another. After all, if you build it, they will come but which direction are you going to point them?

It would have to be in the Caribbean, an area that’s synonymous with beach bars and the laid back island vibe. Plus, it’s close to the US so catching a flight home would be easy. Trying to narrow it down from there, though, gets a bit tricky since all of the islands in the Caribbean have something great to offer so you have to start looking at other factors. One major factor that has to be considered is the hurricane zone. Finding a location outside of the path of Mother Nature’s annual show of tropical storms all of a sudden becomes an added bonus and rules out most of the central and northern region of the Caribbean, leaving you with just the ABC islands, Barbados, T & T and Belize (maybe throw in SVG and Grenada). While I’ve heard great things about all of these islands, if I’m going to choose an island to open a beach bar on, it would have to be one I’ve visited. At this point in my life, that leaves me with just Aruba and Barbados. 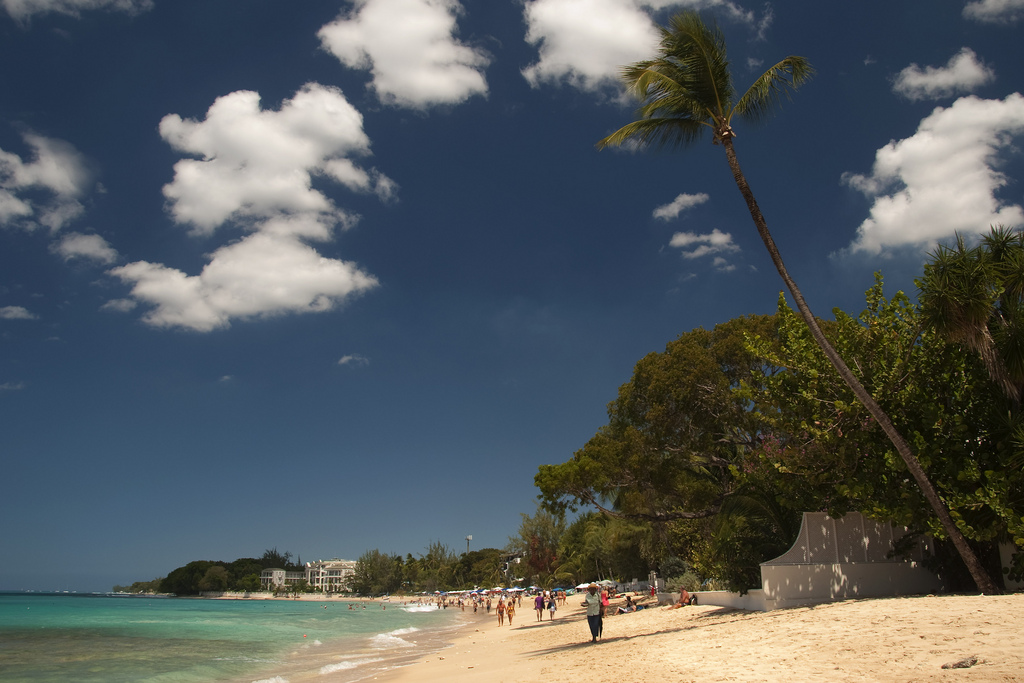 Now how do I choose? It’s not an easy choice – both islands are absolutely beautiful and offer plenty of breathtaking west facing beaches for my treasured sunsets. They both have major factors in their favor. Barbados has Paynes Bay which is absolutely begging for a beach bar while Aruba offers beaches that can’t be matched and convenient non-stop flights to Chicago. Throw in the fact that you can clear US Customs in Aruba (for anyone that’s ever tried to clear customs in Miami on a Saturday night, this perk can’t be overlooked) and Aruba appears to take a slight edge. However, that beach in Barbados with very little (if any) competition and money burning a hole in the gold-lined wallets of the well-to-do neighbors ….

I’m taking the easy way out and choosing either Aruba or Barbados. I can’t pick one over the other and you’re lucky I even got it down to just two!

If you had to choose an island or any location in the world to open a beach bar, where would you choose and why? Remember, that dream has to come true somewhere.