Oak & Alley, Warsaw’s latest and greatest drinking establishment, recently hosted an event that I never thought would occur in our small Midwestern town. They had a tequila tasting on Tuesday and Tommy went (the allure of alliteration was totally worth referring to myself in the third person). Throw in some mezcal and food pairings and all of a sudden, Warsaw is throwing some pretty cool shindigs. 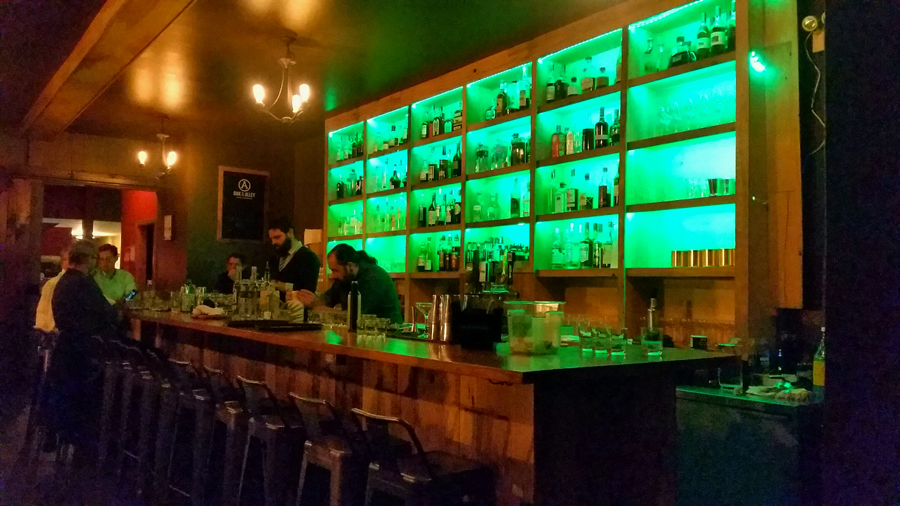 I learned a lot that night. For instance, when someone says mezcal has a smoky taste, what they really mean is everything you eat the next day will taste like it’s been cooked in a smoker, including my beloved Fruit Loops. I learned that Nathan Frieburger, Oak & Alley’s resident master chef, has amazing culinary skills and could without a doubt cook up a plate of risotto that would even impress Gordon Ramsey (what is it with him and risotto?). Nathan’s accompanying dishes were outstanding, ranging from his beef empanadas to his chicken pozole verde and carnitas. The best plate of the evening, however was the dessert which Nathan referred to as a “chocolate avocado chili brownie.” I’ll just say this – I don’t eat desserts (trying unsuccessfully to watch my figure) – but I would gladly pay any amount of money to dig my fork into that lovely morsel again. It was heaven on a plate.

I learned that tequila and mezcal can actually be sipped and enjoyed without chucking it into the back of your throat after thoroughly coating the inside of your mouth with lime juice and salt. If it’s good tequila, you don’t need the aforementioned accoutrements. From the opening silver tequila to the finishing Tenoch reposado, my affinity for tequila was increasing at a rate only matched by my BAC. I also learned that two cocktails and five 1 ½ ounce shots of tequila/mezcal is a whole lotta drinking for one night no matter how many of Nathan’s dishes you scarf down. The key – pace yourself, my friends, and only drink enough to enjoy and appreciate the tastiness of the spirit.

I also realized that I cannot spell anything in Spanish and that taking notes on your phone is ridiculous (“Emporium?” No! “How the hell do you spell empanada?! Screw it.”). The swipe method on my treasured S5 morphed into nonsensical scribbles and the words I was trying to get from my tequila addled brain to the phone got lost in translation and the smoke emanating from the mezcal. Apparently, Samsung did not enable their phones to speak in “Tequila.”

I learned, or more correctly, had reaffirmed, that you can give Jason Bodley a bag of poo and he’ll come up with a cocktail that will blow your socks off and you will thank him afterward for only charging you $10 for the experience. He served “Smoke and Mirrors” as the last cocktail of the night and it was so good I had to suck down a second glass. While I don’t believe it was his own concoction, I really don’t care. You aren’t going to go anywhere else in our town and find that drink anywhere, much less someone who knows how to make it. When it comes to creating cocktails or choosing a suitable one for the setting, Jason’s the man.

The most important thing I learned the whole night didn’t have anything to do with the tequila, however. Instead, it had to do with the people that attended the event. From Nathan and Jason to Josh, Sam and Dean, their merrymaking band of brothers, the night was filled with people who not only shared a love for fine food and spirits but also were doing what they loved for a living. I met a guy whose company buys scrap lumber from barns and bowling alleys and then uses it to create unique pieces of furniture and repurposes it in building projects (his lumber adorns the walls and bar at Oak & Alley and the coming 110 Meat Eatery). I met another individual who works in a local coffee shop and was excited to talk about how they were going to change the coffee scene in Warsaw. Another person I talked to had recently started his own design and marketing company and was as thrilled talking about my blog as I was (I can really geek out about Beach Bar Bums and beach bars but he politely went along with me). In all of my conversations with them and reflected in the atmosphere of the evening, there was one thing that stood out. These were people who had decided to make a career choice not based on their head but on their heart. It may not have been the wisest decision at the time but they were going to do what they loved, naysayers be damned, and let their passion determine their destiny. All they had to do was look around them at the wood covered walls of Oak & Alley to realize it was possible.

One writer described Oak & Alley as a hipster hotspot in the City of Lakes. As I sat in the parking lot at the end of the evening gazing at the light slipping through the windows and casting a glow on the adjoining alley, I couldn’t help but think that while Oak & Alley may be a hipster hotspot, it’s also the heartbeat of a growing community of forward thinking innovators in our rapidly growing town and I for one am glad to be along for the ride.

So cheers to the band of merrymakers and passion filled innovators – may the flow of conversation, cocktails and culinary delights never cease. Alliteration – I’m such a sucker for it. 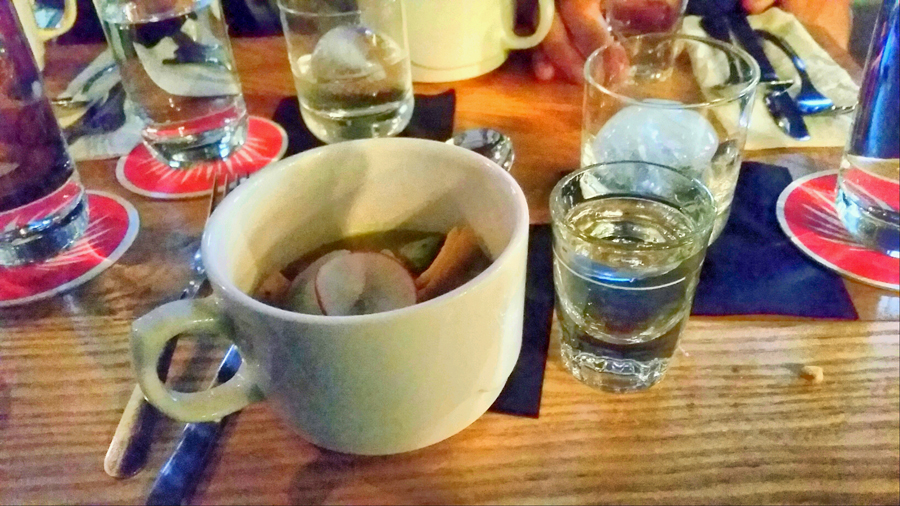 If you’re interested in attending another of these tastings, you’ll have to wait awhile as none are on the horizon. However, you can “like” Oak & Alley’s Facebook page and stay up to date with all the goings on. No excuses next time people. I expect to see you there!