St. Pete Beach Through the Eye of a Drone

Home » Things That Don't Suck » St. Pete Beach Through the Eye of a Drone

As drone videos continue their foray into the travel and tourism sector, it was just a matter of time before they focused their high definition super wide angle lenses on the beaches of St. Pete Beach in Florida. Known in my small universe as “the place I really want to have a massive beach bar crawl,” the skies of St. Pete Beach were recently invaded by the droning skills of Chris Sanchez. Mr. Sanchez, or “my neighbor Chris” as I know him (“Mr. Sanchez” is way too informal and Chris probably cringes at the sound of it), took up droning this year as he looked to expand his marketing business into travel and tourism. Recognizing the rapidly growing appeal of drone videos, Chris mastered the intricate aerial dance that flying a drone represents and soon announced that he was taking his skills not to South Beach but to St. Pete Beach.

When I found out he was going to be in my favorite Florida beach bar nirvana, I sent out some emails to see if Chris could hone his skills at some beachfront establishments and heard back from the Postcard Inn and Caddy’s on the Beach. The images below are previews of his soon to be released videos (we’ll have them here!) and they provide even more evidence of what we already knew – St. Pete Beach is pretty much the shizzle. Drone videos just take it to a whole other level … literally. 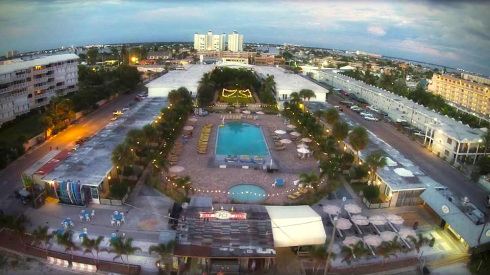 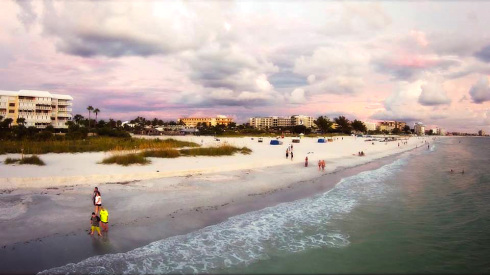 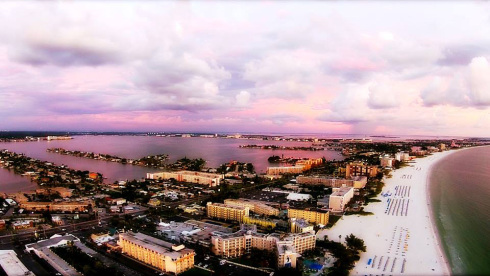 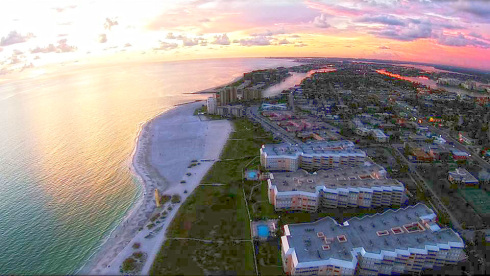 Are you interested in having your business featured in one of Chris’s drone videos? If so, send me an email at info@beachbarbums.com and I’ll put you in contact with the man himself. Hey, it’s a lot cheaper than hiring a pilot to fly a helicopter while someone else films the video!