Beach Bar Bums swag in the Bahamas? That sounds a lot more interesting than my weekly “Tuesday Tunes” article and since the latter flopped worse than Dwayne Wade in the NBA finals (and he flopped!), I’ve decided to forego tunes for pics. Starting this week, every Tuesday will be devoted to images of people putting their Beach Bar Bums swag to good use. Tag your pictures with #beachbarbums and I’ll feature them in the series. Just remember to read the loving legalese on the “About” page. Basically, by using the #beachbarbums tag, you’re telling me “Hey! Put my pics on your blog and show me having a good time with your swag and I promise I won’t sue you!” Of course, I’ll give you credit for the photographs whether you want credit for them or not. See, everyone benefits! 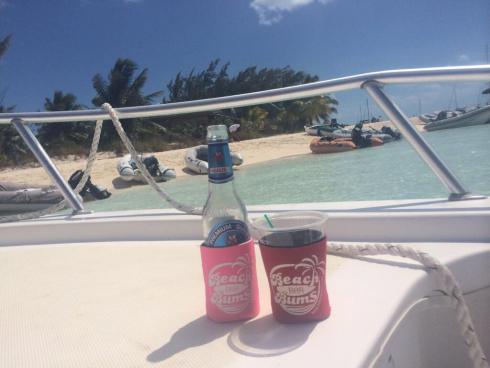 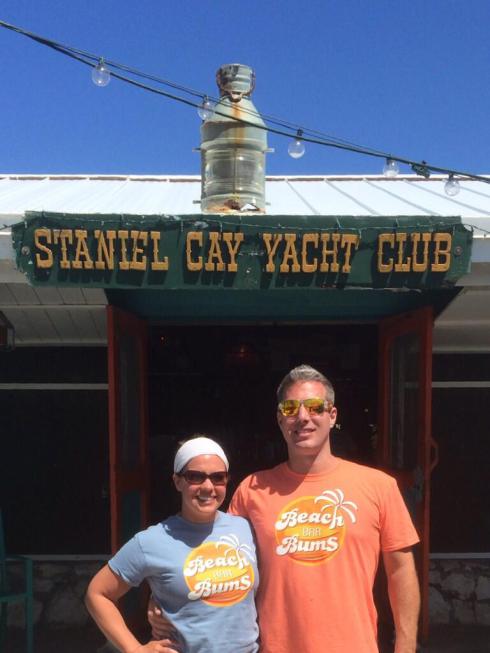 Today’s images come from Twitter user @RobBelliveau who found himself at Staniel Cay Yacht Club in the Bahamas in search of Pitbull, KeSha and the rest of the crew in the classic “Timber” video, which was partly filmed at the yacht club. OK, “classic” might be stretching it but what other rap song makes you want to line dance as much as this one? That’s saying a lot! Plus, he may or may not have actually been on the lookout for Pitbull but it sounded good as that thought exited my head, journeyed through my fingers and pounced on the keyboard. And looky, I even squeezed in a tune on the day I nix them. Clever.

Thanks for sharing the pics, Rob! I’m really really jealous and even more jealous that you’ve been to Anguilla and I haven’t. That will soon change, though!

Click on the video below if you want to see Pitbull and Ke$ha partying at Staniel Cay Yacht Club. Put your cowboy boots on – you may find yourself with a hankering for some line dancing by the end of the video.