Home » The Week in Beach Bars » The Weekly Beach Bar Crawl – The ABCs as Atlantic City, Buffalo and Cleveland Get New Beach Bars 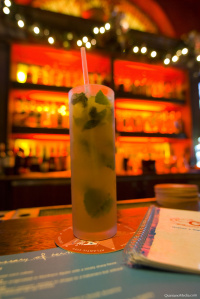 Buffalo Gets A Beach Bar – The Hamburg town council awards a new contract for a beach bar at Woodlawn Beach State Park reports the Buffalo News.

Cuba Libre Opens Up Beach Bar In Atlantic City – Not on the beach but it’s a beach themed bar as NJ.com tells us all about “The Shack,” the beach bar at Cuba Libre.

Grilled pineapple mojito at Cuba Libre in the Tropicana in Atlantic City image by Quintano Media.