Lang Club, a night club which opened in 2012 in Guangzhou, China, is named after its majority owner, Lang Lang, an internationally renowned pianist. World MasterCard describes the club as “an icon of modern Chinese artistry, interpreting classic western forms with ebullience, youthful verve and a distinctly contemporary Asian flair. The design by the boutique Métis Agency perfectly encapsulates this counterpoint of East and West, traditional and cutting edge, creating a standard setting nightclub to thrill Guangzhou’s most discerning night owls.”

The main bar, pictured in the following photos, is described as follows by totalvenue.com: “Inspiration for the main bar comes from a Chinese ancient drinking game “Qu Shui Liu Shang”. Players would sit along side a winding stream and put floating cups with full wine into the water and let them flow. When a cup stops in front of someone, that person would have to drink it up and give a toast. Poems from the famous collection “Lan Ting Xu” from the ancient Jin Dynasty was created while playing this game. The streamline sculptural shape of the counter was inspired by the story, and it resembles the winding stream. On an aesthetic sense this is a well designed art piece which has a great practical function.”

More images and an in depth review of Lang Club can be found here. 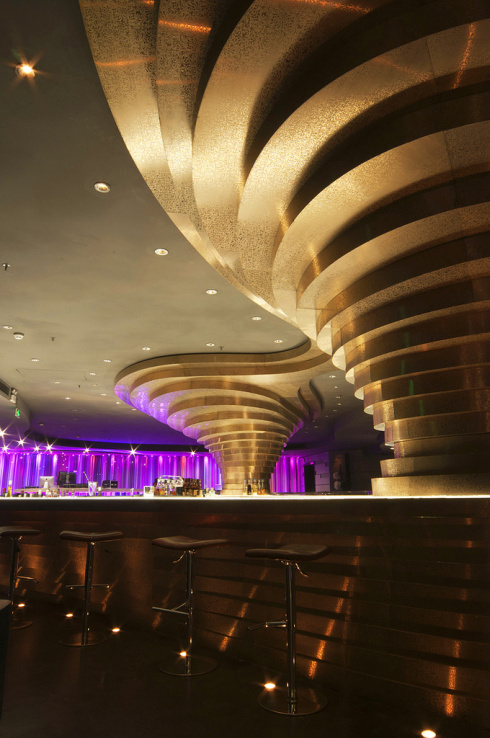 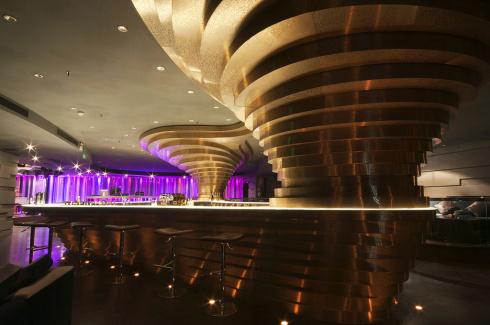 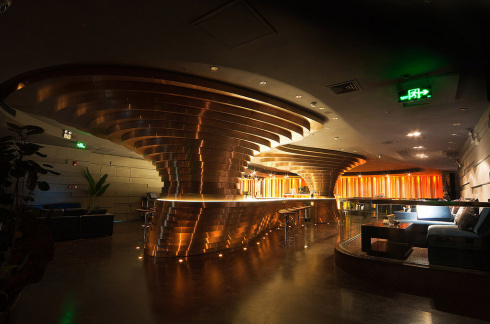