Tuesday Tunes: Luke Bryan, “Drink A Beer” And What It Means To Me Today

Home » Beach Bar Playlist » Tuesday Tunes: Luke Bryan, “Drink A Beer” And What It Means To Me Today

Two years ago today, my father-in-law Mark (“Buckwheat” to everyone who knew him) passed away at too young of an age. We had found out the summer before that he had cancer and that it was terminal so the last few months of his life were spent enjoying the time we still had with him, which included introducing him to his newest grandchild, my daughter Harper. Mark passed away the day before Harper turned five months old and in the two years since then, we’ve watched her turn into a mini version of her Grandpa Buckwheat. There are things she does almost every day that remind us who her Grandpa is and in most cases, our reaction is “we’re in so much trouble.” You see, if Mark was anything, he was ornery – not in a bad sense but in a way that made you want to get mad at him but you couldn’t. He was especially ornery to his grandkids, seeking out their insecurities and shining a flashlight on them for everyone around to see. He didn’t do it out of spite but rather in a way to let them know that in the grand scheme of life, that little thing they were worried about didn’t really matter. We all had insecurities but loved each other in spite of them – they were what made us unique. 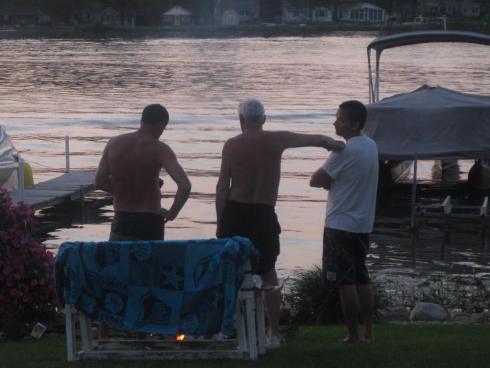 Hanging out with one of my friends and my father-in-law at the end of another long day on the lake.

That’s what I’ll miss most when it comes to my father-in-law. I was able to make my memories with him but Harper will only have what we’ve preserved on video and in photos and the abundant stories she will undoubtedly hear about her grandpa once she’s old enough to hear them (probably at least 18!). Harper will never be able to run into his arms yelling “Grandpa!” as he hurriedly puts down his beer and cigarette to grab her. She’ll never be able to watch the sunset on the lake as she sits around the fire listening to him while he sifts through his seemingly endless supply of stories. She’ll never be able to cower behind her mother as her grandpa loudly points out at the sandbar that she’s getting boobies and she’ll never be able to see him choking back tears as he nervously dances with her on her wedding day. Cancer sucks for so many reasons but the absence of memories with her grandpa for my daughter is the reason it sucks for me. 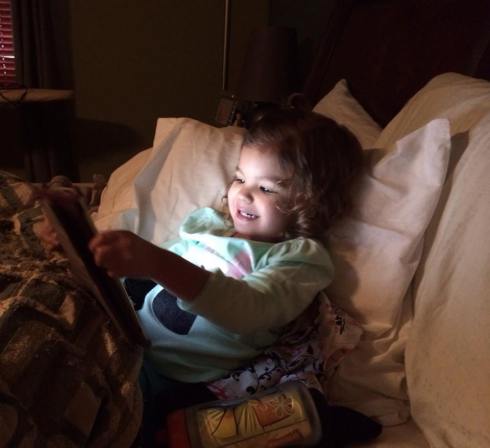 Harper watching the video of her grandpa.

The song in this week’s Tuesday Tunes post couldn’t be more appropriate as it focuses on loss and taking the time to pause and remember. Luke Bryan’s “Drink A Beer” puts into words what people who knew Mark are feeling today. He loved spending his evenings around the bonfire, telling stories, drinking beer and being with the ones he loved as the sun slowly set on another summer day on his beloved lake. It’s in that way that I believe Mark would want us to remember him on this day. 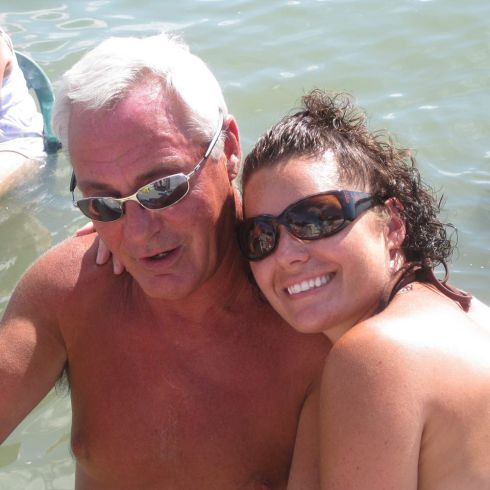 My wife with her dad out at the sandbar, our home away from home.

The world goes on and we cope with memories made and memories missed but for today, we hit the pause button on life and take a moment to remember and remind ourselves to never forget. To quote my sister-in-law to Nicole: “Let’s drink a few beers and shed a few tears.” Cheers, Mark! This one’s for you.

If the video player doesn’t work, you can view it here.

“When I got the news today
I didn’t know what to say.
So I just hung up the phone.

I took a walk to clear my head,
This is where the walking led
Can’t believe you’re really gone
Don’t feel like going home

Funny how the good ones go
Too soon, but the good Lord knows
The reasons why, I guess