The coast around Perranporth, just south of Newquay in Cornwall, on the southwest tip of the UK has been battered by a storm described as “apocalyptic.” The storm, nicknamed “Brigid,” has caused damage to structures in the area and forever altered the coastline. The beach at The Watering Hole, which describes itself as the only bar on the beach in the UK, has not been spared from the storm. Less than a month after the “Hercules” storm hit the Cornish coast, Brigid is now taking her toll and the results can already been seen. Following are photos of the beach at The Watering Hole, which has not sustained any major damage as of the writing of this article. 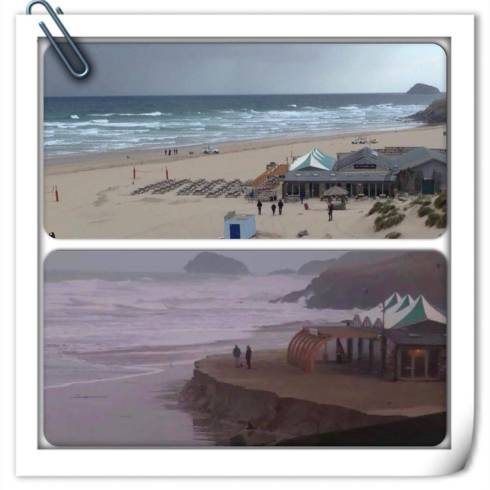 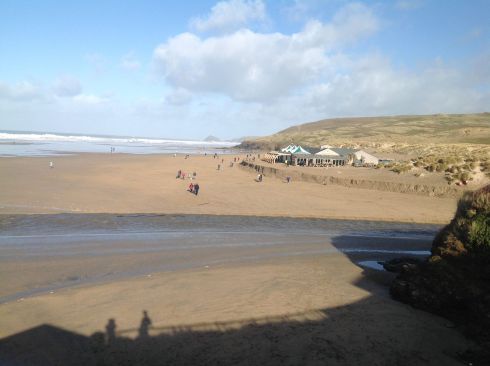 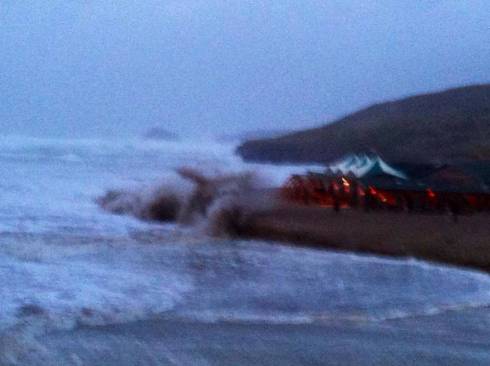 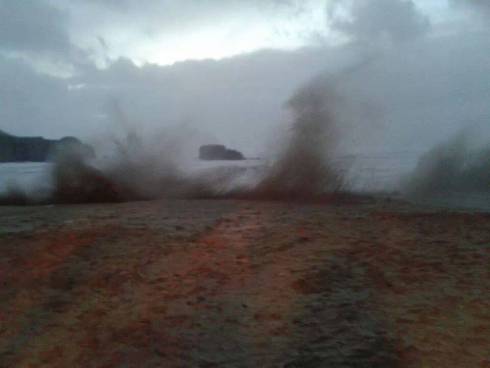 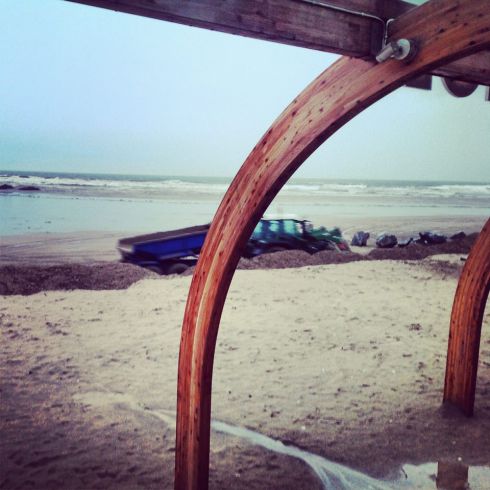