I don’t get to feature many beach bars on the African continent so I like to jump at the chance when I stumble upon one. I’ve featured Dino’s Beach Bar on my Facebook page before but wasn’t able to include any reviews. If you’re traveling through Mozambique and end up anywhere near Tofo, stop by Dino’s, tell them we sent you and let us know what you think!

The source for the following reivew of Dino’s Beach Bar in Tofo, Mozambique is concierge.com.

Sex appeal: As Mozambique’s reputation as a bush-meets-beach paradise grows, more and more moneyed South Africans, European weekenders, and shirtless Aussies are heading to small resort towns like Tofo. Along this stretch of untamed coastline, Dino’s is known as the place to be, in large part because it’s the only place. The bar itself is rickety chic, with wood-plank floors and no walls to block the dramatic views of the Indian Ocean. The fun begins at sundown, when the DJ starts spinning world tunes and a bonfire is set ablaze. When everybody is starting to feel it—helped along by a few cans of 2M, the local beer—a staff member will break out the bongos and lure all the boys and girls onto the dance floor. And that’s about the time a few of the lucky ones will realize they’re dancing with a sexy stranger, on a starlit beach in Africa.

Pickup line: “I just got back from a week in the bush. Want to see some of my tribal dance moves?”

Beach Tomato describes it as follows:

“With its setting on one of the best beaches on the Mozambique coast, Dino’s, on the stunning southern 8km-long Tofo Beach, is our pick of open-air bars. Host to the annual Tofo Music Festival, this homely bar, opened by owners Dino and Natalie 10 years ago, is cherished by very loyal locals and tourists who just can’t stop going back. We love the relaxed vibe of the nightly beach bonfires.

WHEN: May – Nov
TAKE ME THERE
WHAT TO WEAR: Get inspiration on what to wear with Beach Tomato’s fashion features.” 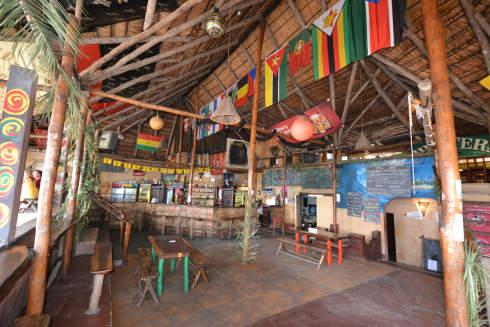 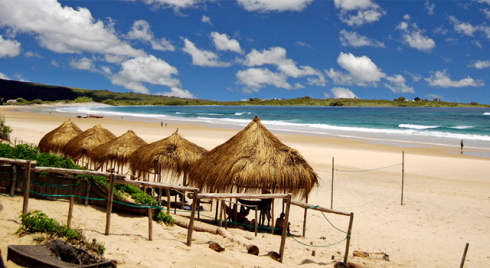 All of the following photos are from the Facebook page for Dino’s Beach Bar. 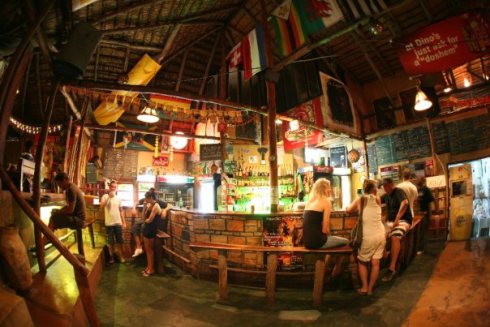 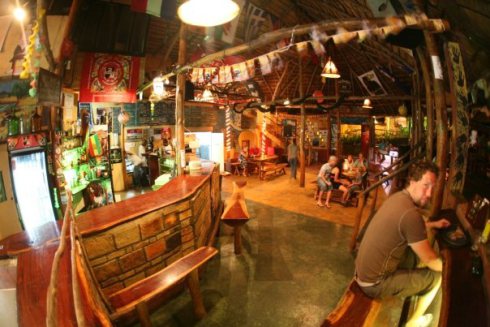 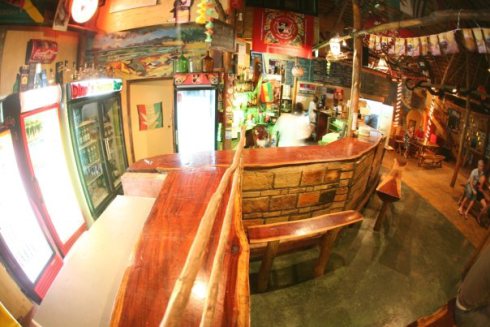 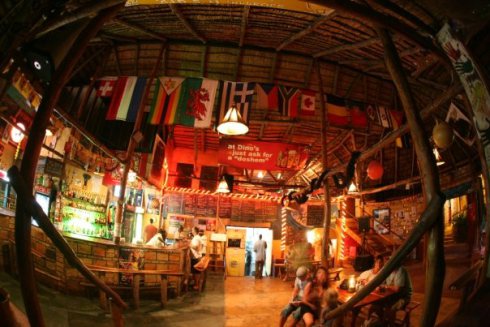 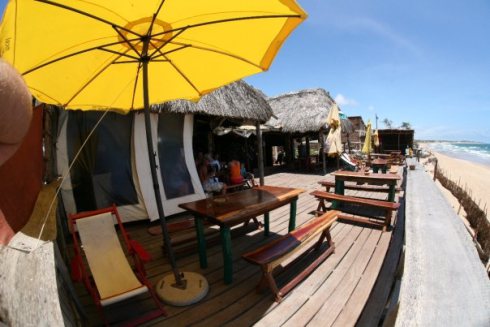 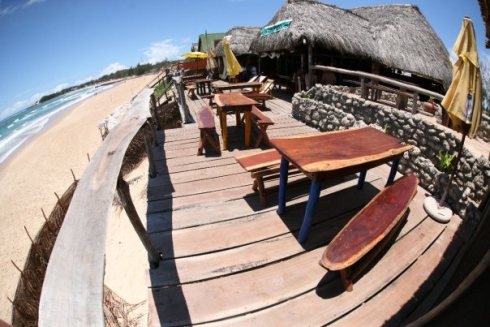 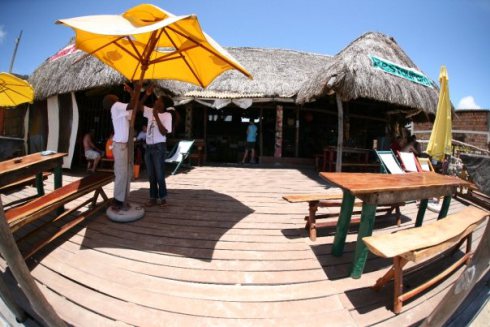 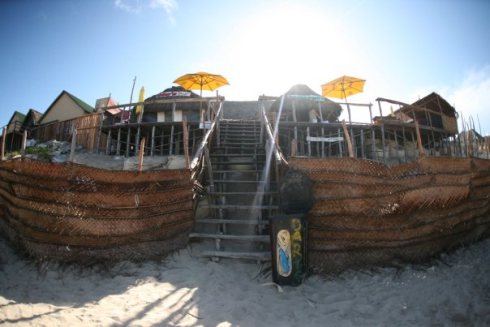