Turks and Caicos Beach Bars – How John Wayne Got His Name 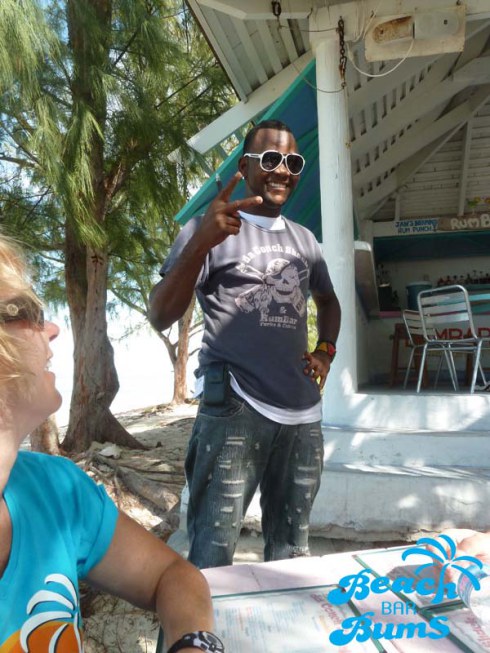 If you’ve ever been to da Conch Shack and Rum Bar on Providenciales in the Turks and Caicos Islands, chances are you’ve run into a gregarious fellow who goes by the name of John Wayne. A bartender at this Turks and Caicos beach bar for many years, John Wayne hasn’t always gone by this moniker. In fact, it’s not even his real name. I know – you’re shocked. When Mr. Wayne was gainfully employed at a previous resort, the employees were not allowed to accept tips. When patrons insisted on tipping the hard workers, the employees came up with the idea to use pseudonyms to hide their real identities. If management stumbled across a situation where they discovered the guests were tipping employees, the responses they would get in reply to their inquiries were along the likes of “I tipped John Wayne” or “Her name was Marilyn Monroe” or some other famous figure in history. In John Wayne’s case, the name stuck.

While the Turks and Caicos version of John Wayne doesn’t have the global stature of the American version, he is surely as beloved by the people who frequent this world famous beach bar. So if you are ever lucky enough to find yourself on this Caribbean paradise, make sure you go to da Conch Shack and Rum Bar and introduce yourself to the amiable bartender with the legendary name. When you get home, you can tell all your friends that you were served rum punches and conch fritters by John Wayne and you wouldn’t be lying.

To quote Paul Harvey: “Now you know the rest of the story.”