I’ve always admired the islands of Greece from afar. All the beautifully bright blues and whites and shades in between that jump out at me from the high resolution wallpapers that cover the internet probably have a lot to do with that. My affinity for the move “Mama Mia,” which may or may not have even been filmed in Greece or even taken place anywhere near there, can also shoulder some of the blame. It doesn’t matter – in my mind, Pierce Brosnan semi-sung his way through that movie while traipsing along the shorelines of a Greek isle. So when I come across photos of like these of the BayView Beach Restaurant & Bar at the Santa Marina Resort and Villas in Mykonos, Greece, overlooking the Aegean Sea, I start rethinking the potential location of my future beach bar. I mean, really, Greek can’t be that hard to learn, right?

From their website: “… symbolises the essence of welcoming guests from all over the world and has been established as a meeting point for the Cosmopolitan crowd and sea lovers! This legendary restaurant is home to fine dining at its best, thanks to preparations from our executive chefs team, that include Mediterranean creations with a fusion of Japanese cuisine, serving as a gastronomic destination in its own right, on Mykonos island.”

The restaurant and bar have either been recently renovated or are scheduled to be renovated in the near future. Last photo is of the renovation.

All photos from the Bayview Beach Restaurant and Bar’s Facebook page. 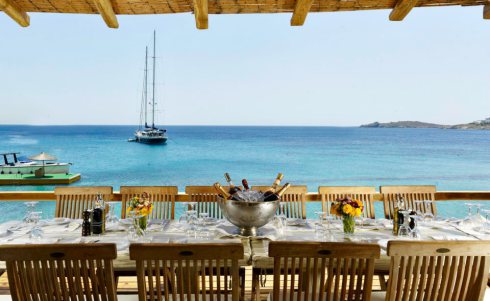 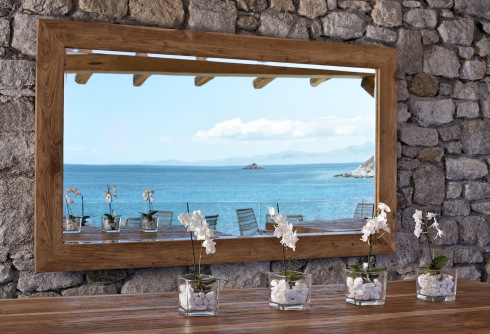 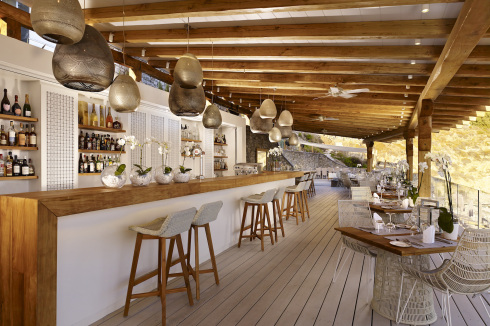 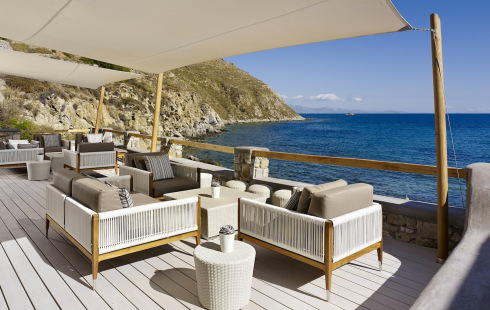 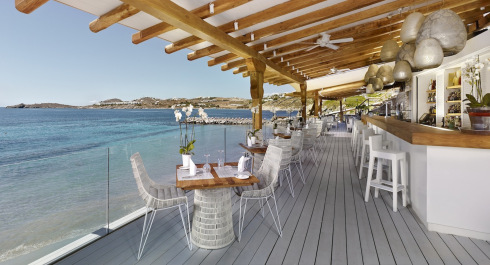