When I think of unique beach bars, Janti’s Happy Island always comes to mind. While some may say calling it a “beach bar” would be stretching it, it meets all of the criteria for creating the ideal beach bar vibe in my mind. Located in Clifton Harbour off of Union Island in the southern Grenadines, this beach bar came into existence as a result of Janti Ramage’s ingenuity. Assigned to environmental duties by the local tourist office, Janti was tasked with cleaning up the discarded conch shells on the beaches of Union Island which were left there after the mussels were extruded. After searching vainly for a solution, Janti came up with the idea of piling them in Clifton Harbour to use as a base for building a bar to serve the many boaters in the area. Next thing you know, Happy Island was created and quickly became well known for its rum punches, barbecued lobster and stunning sunset views.

From a story in Yachting World in 2004: “How many people, apart from Janti, can claim to have built an island? Janti is from Union Island and when I first met him, he had a bar in Ashton. It was too far from the yachts so he wasn’t getting enough business. He was part of the environmental team under the local tourist office, and part of his job was to try and get rid of the huge conch middens (mounds of empty conch shells, sometimes many feet high) that were littering the beach. He talked to the fishermen who stacked them there, but they showed no enthusiasm for removing them. Janti decided to kill two birds with one pile of conch shells and use them to build himself a bar on a dead and shallow part of Clifton’s outer protective reef. Boatload by boatload he patiently transferred the conch shells using his own labor and his open boat. After months of work, the beach looked much better and Janti had an island. He gave it a little capping of cement, to hold the shells together, built a bar and Janti’s Happy Island, the newest in the Caribbean, was born. Every night dinghies pull up to sample Janti’s tasty and inexpensive rum punch, some stay for a meal of barbecued lobster out on the reef.”

According to their Facebook page, Janti’s was in the process of being sold last year and should be under new ownership by now.

For more on Janti’s Happy Island, visit their beachbars.co page. 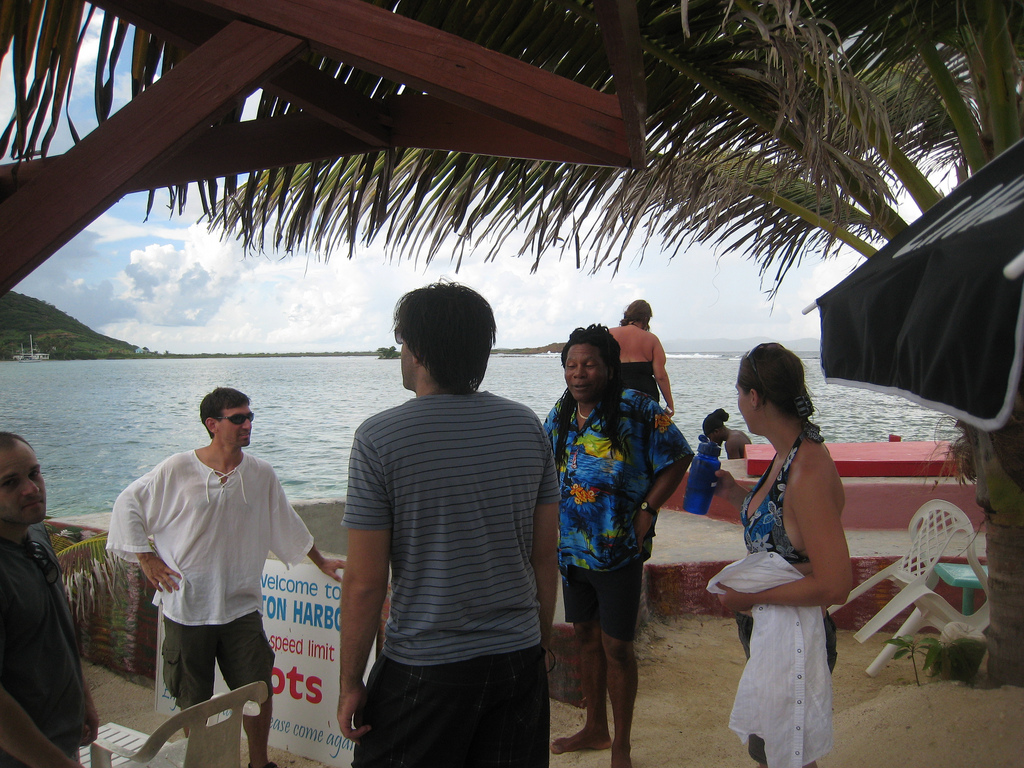