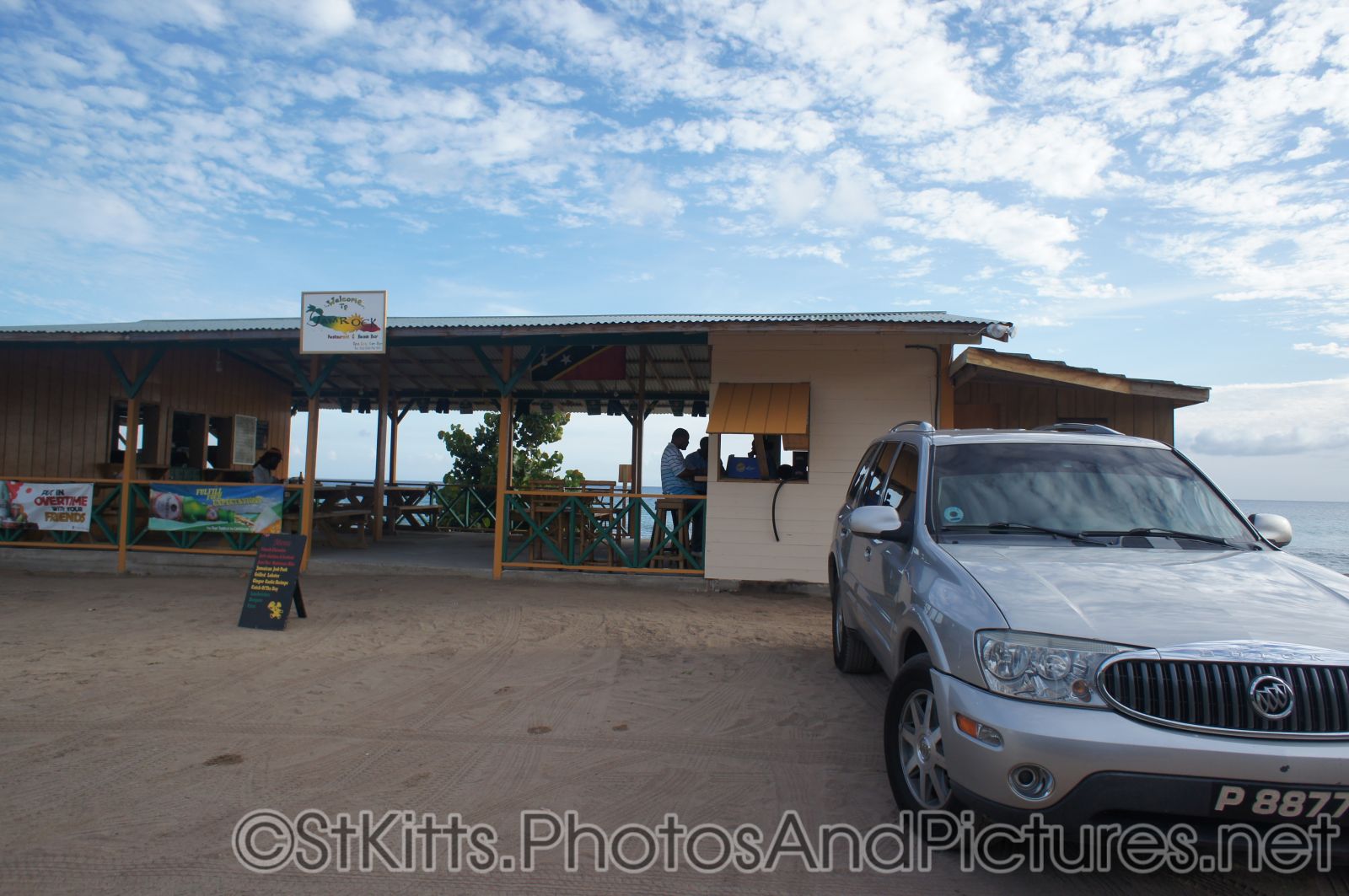 Jam Rock, located on Friars Bay in St. Kitts just down the beach from Shipwrech Beach Bar, was started by Michael Clarke, who previously had launched Jam Rock Real Jerk at Breeze’s Beach Bar on South Frigate Bay Beach. Mr. Clarke decided to go out on his own and Jam Rock, specializing in Jamaican fare and local food with a Jamaican flavor, was opened.